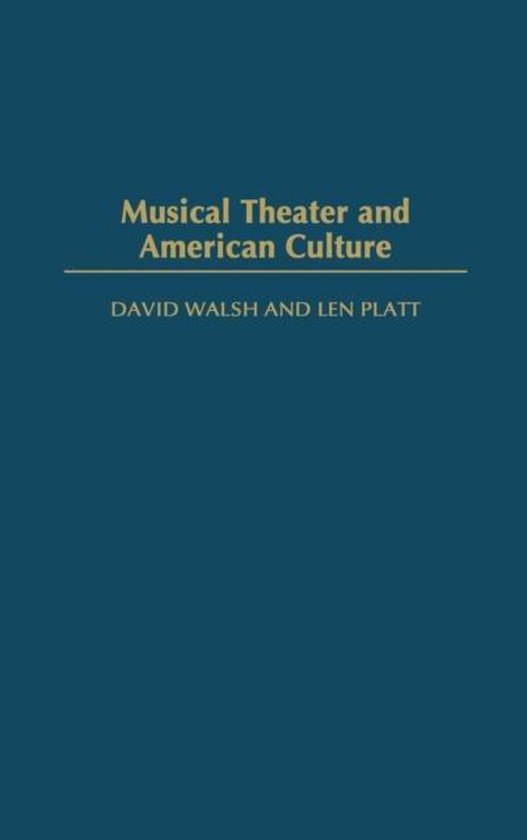 Though there have been many histories of the theater and specifically the theatrical musical, none has done quite what Musical Theater and American Culture achieves: it explores how the musical emerged in the late-18th and 19th centuries as a specifically American form of entertainment and went on to become a powerful medium of popular and political collective expression, articulating the tensions and reconciliations of everyday relations between individuals and society. Intimately related to the forging of social, cultural, and political American identities, the musical-often dismissed as merely entertainment-is tied inextricably to America's sense of itself as a New World, a land of opportunity, and above all, the emblem of modern culture. Including material on genres ranging from minstrel shows to melodrama to the development of the contemporary book musical and the megamusical, Musical Theater and American Culture delves into such important shows as Anything Goes, West Side Story, Evita, and Rent; it represents the first sustained analysis of this medium as a social and political vehicle. Authors David F. Walsh and Len Platt further consider how the current condition of the musical, the emergence of specialist musicals, revivals, and blockbuster musicals intended for a globalized audience relate both aesthetically and culturally to their Broadway progenitors. Tackling the much broader question of what the fragmentation of this popular culture now indicates about contemporary America, they forge a new and unique study sure to appeal to both scholars of the theater and fans of its ongoing and always -fascinating new forms.