Rules of the Game: Business 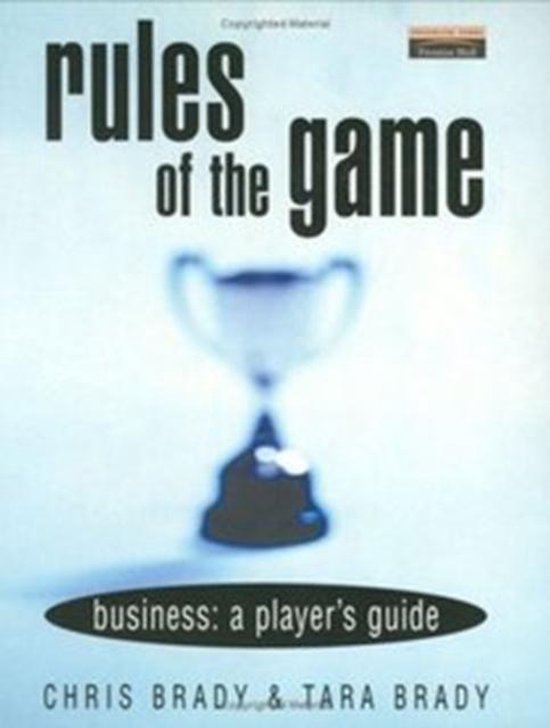 What game do you think youare playing? What game are you playing? What game should you be playing? Human beings are, by nature game players, and the business world is no more than a series of sometimes interconnected and sometimes self-standing games. The team which best understands the actual game in which it is involved will prevail, and players with the most finely tuned gaming instinct will prove the most successful. The players who have first-hand experience of the rules, structure and strategies of their own games are always the most successful. It is not enough simply to know which business you are in, you must also understand the deeper complexities of the game. Drawing inspiration from sources as diverse as Manchester United, Kosovo and Ferrari; using individuals from Thelma and Louise, through to Michael Schumacher and Sun Tzu, the Chinese Warrior, the authors can show you why players play and how to beat everybody else at their own game. Rules of the Game is not only about the theory of a gaming instinct but also a practical account of how to hone the game playing process and then use it for competitive advantage. Welcome to the great game of business... you'll need a player's guide. Contents Part 1 The idea Part 2 The game Part 3 Winning Part 4 Game plans: 10 The glory game - Manchester United and the treble 11 The expansion game Manchester United and BskyB 12 The dirty games - NATO and Kosovo Game one- civil war Game two - humanitarian war Game three - the Cold War leftover Game four - the domestic political game: 13 The crisis game - Marks & Spencer 14 The litition game - Microsoft v the US Government 15 The brand game - BMW and Rover Conclusion Further Reading Index