This Is Penn State 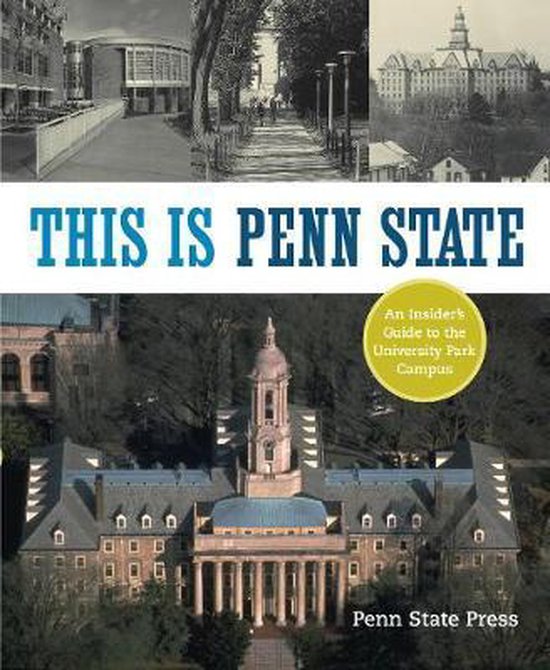 Hundreds of buildings, thousands of people, countless stories-there's always more to learn about Penn State, no matter how much time you've spent there. This Is Penn State: An Insider's Guide to the University Park Campus will enlighten anyone with an interest in the University, from visiting parents to lifelong State College residents. This Is Penn State documents the rich history beneath the surface of the Penn State experience, offering facts and figures, essays and anecdotes, obscure trivia, notable quotations, and a wealth of other information about Penn State's past, present, and future. Forty of the University's most prominent buildings and areas are highlighted, accompanied by more than 120 illustrations, ranging from historical photographs to architectural sketches of buildings not yet completed. Essays by veteran Penn Staters Leon Stout, Craig Zabel, and Gabriel Welsch cover Penn State's history, architecture, and changing physical landscape. And when you want to get outside and see the campus firsthand, This Is Penn State is your guidebook to University Park. The four detailed maps take you on a west-to-east walking tour of Penn State's buildings, allowing you to understand the development of each area of campus. Over the last 150 years, Penn State has been devoted to scholarship, research, and community service. In honor of the University's sesquicentennial and in celebration of the Press's fiftieth anniversary, the Penn State Press is proud to offer This Is Penn State as its gift to everyone who feels a connection with dear old State.