Of Art And Wisdom 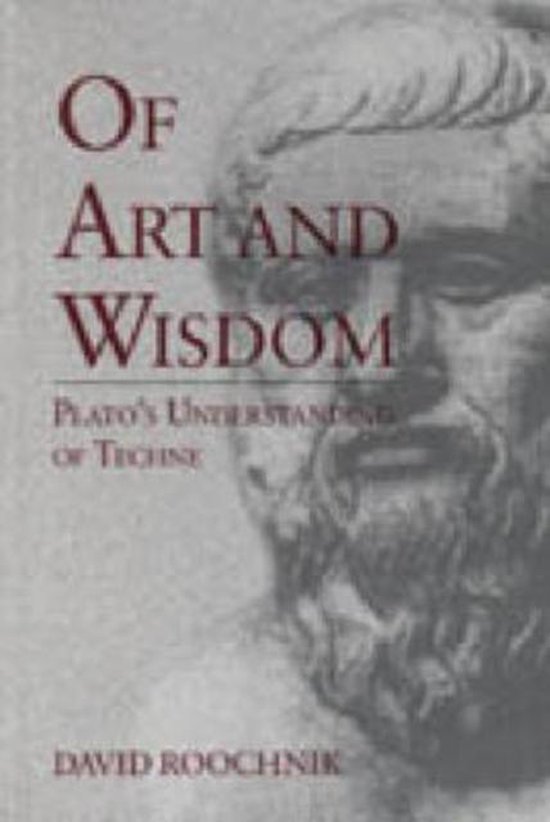 A comprehensive discussion of Plato's treatment of techne (technical knowledge), which shows that the final goal of Platonic philosophy is nontechnical wisdom. The Greek word ''techne,'' typically translated as ''art,'' but also as ''craft,'' ''skill,'' ''expertise,'' ''technical knowledge,'' and even ''science,'' has been decisive in shaping our ''technological'' culture. Here David Roochnik comprehensively analyzes Plato's treatment of this crucial word. Roochnik maintains that Plato's understanding of both the goodness of techne, as well as its severe limitations and consequent need to be supplemented by ''nontechnical'' wisdom, can speak directly to our own concerns about the troubling impact technology has had on contemporary life.

For most commentators, techne functions as a positive, theoretical model through which Plato attempts to articulate the nature of moral knowledge. Scholars such as Terence Irwin and Martha Nussbaum argue that Plato's version of moral knowledge is structurally similar to techne. In arguing thus, they attribute to Plato what Nietzsche called ''theoretical optimism,'' the view that technical knowledge can become an efficient panacea for the dilemmas and painful contingencies of human life. Conventional wisdom has it, in short, that for Plato technical, moral knowledge can solve life's problems.

By systematically analyzing Socrates' analogical arguments, Roochnik shows the weakness of the conventional view. The basic pattern of these arguments is this: if moral knowledge is analogous to techne, then insurmountable difficulties arise, and moral knowledge becomes impossible. Since moral knowledge is not impossible, it cannot be analogous to techne. In other words, the purpose of Socrates' analogical arguments is to reveal the limitations of techne as a model for the wisdom Socrates so ardently seeks. For all the reasons Plato is so careful to present in his dialogues, wisdom cannot be rendered technical; it cannot become techne. Thus, Roochnik concludes, Plato wrote dialogues instead of technical treatises, as they are the appropriate vehicle for his expression of nontechnical wisdom.