The Storm and Stress of Language 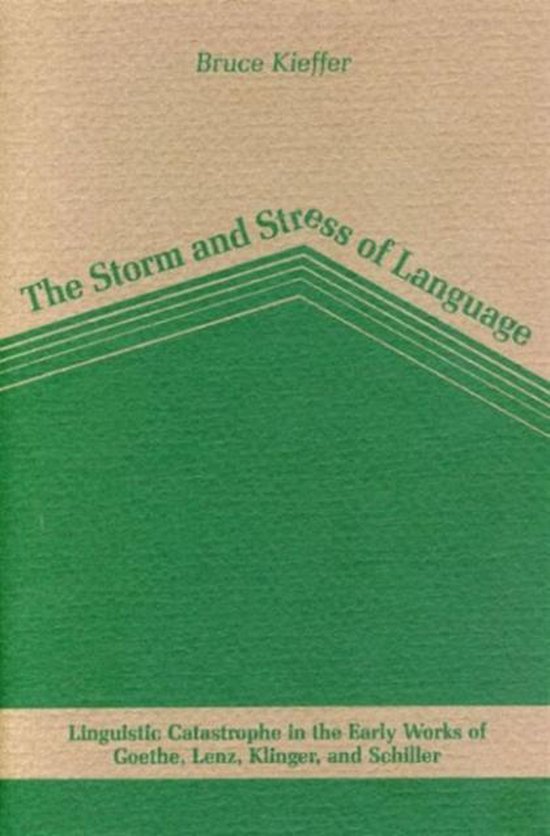 This book presents a comprehensive reinterpretation of Sturm und Drang. It speaks mainly to scholars specializing in the period of Goethe's supreme influence in German literature, but it is also structured in such a way as to be accessible to students seeking an introduction to the period or dealing with individual Sturm-und-Drang works. For Germanists it opens up an important and fascinating dimension of Sturm-und-Drang literature its deep, persistent concern for linguistic problems and conflicts, a concern which has never before been investigated in any thorough way. Kieffer outlines the historical circumstances that stimulated the four principal authors' concern for language and elucidates its significant place in all their major works.To Germanist and non-Germanist scholars alike, the book will be of value for its innovative method of viewing non-narrative literary language as dramatization of linguistic behavior. The premise throughout is that Sturm-und-Drang authors organized their characters' utterances so as to display specific problems involved in using language for knowledge of the world and self, interpersonal communication, and social and political action.