Reason, Tradition, and the Good 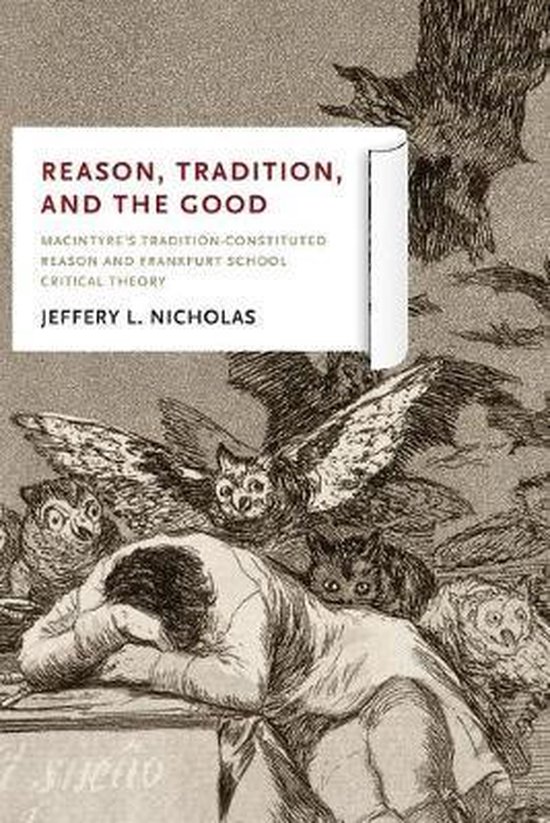 In Reason, Tradition, and the Good, Jeffery L. Nicholas addresses the failure of reason in modernity to bring about a just society, a society in which people can attain fulfillment. Developing the critical theory of the Frankfurt School, Nicholas argues that we rely too heavily on a conception of rationality that is divorced from tradition and, therefore, incapable of judging ends. Without the ability to judge ends, we cannot engage in debate about the good life or the proper goods that we as individuals and as a society should pursue. Nicholas claims that the project of enlightenment-defined as the promotion of autonomous reason-failed because it was based on a deformed notion of reason as mere rationality, and that a critical theory of society aimed at human emancipation must turn to substantive reason, a reason constituted by and constitutive of tradition. To find a reason capable of judging ends, Nicholas suggests, we must turn to Alasdair MacIntyre's Thomistic-Aristotelianism. Substantive reason comprises thinking and acting on the set of standards and beliefs within a particular tradition. It is the impossibility of enlightenment rationality to evaluate ends and the possibility of substantive reason to evaluate ends that makes the one unsuitable and the other suitable for a critical theory of society. Nicholas's compelling argument, written in accessible language, remains committed to the promise of reason to help individuals achieve a good and just society and a good life. This requires, however, a complete revolution in the way we approach social life.