The Semantics of Analogy 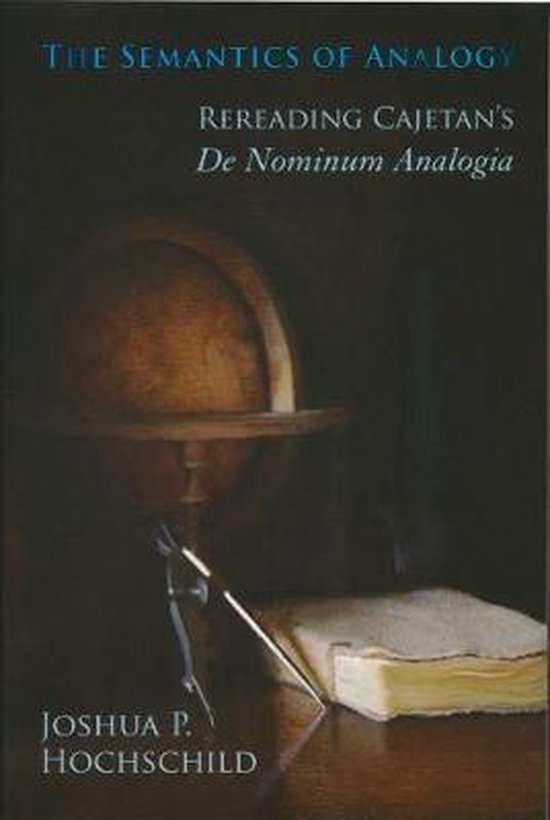 The Semantics of Analogy is the first book-length interpretive study in English of Thomas de Vio Cajetan's (1469?-1534) classic treatise on analogy. Written in 1498, De Nominum Analogia (On the Analogy of Names) has long been treated as Cajetan's attempt to systematise Aquinas' theory of analogy. A traditional interpretation regarded it as the official Thomistic treatise on analogy, but the current scholarly consensus holds that Cajetan misinterpreted Aquinas and misunderstood the phenomenon of analogy. Both approaches, argues Joshua P. Hochschild, fail to accurately assess Cajetan's work and ignore its philosophical and historical context. In The Semantics of Analogy , Hochschild reinterprets De Nominum Analogia as a significant philosophical treatise in its own right. He addresses some of the most well-known criticisms of Cajetan's analogy theory and explicates the later chapters of De Nominum Analogia, which are usually ignored by commentators. He demonstrates that Cajetan was aware of the limits of semantic analysis, had a sophisticated view of the relationship between semantics and metaphysics, and expressed perceptive insights about concept formation and hermeneutics that are of continuing philosophical relevance.