Visions of Community in the Pre-modern World 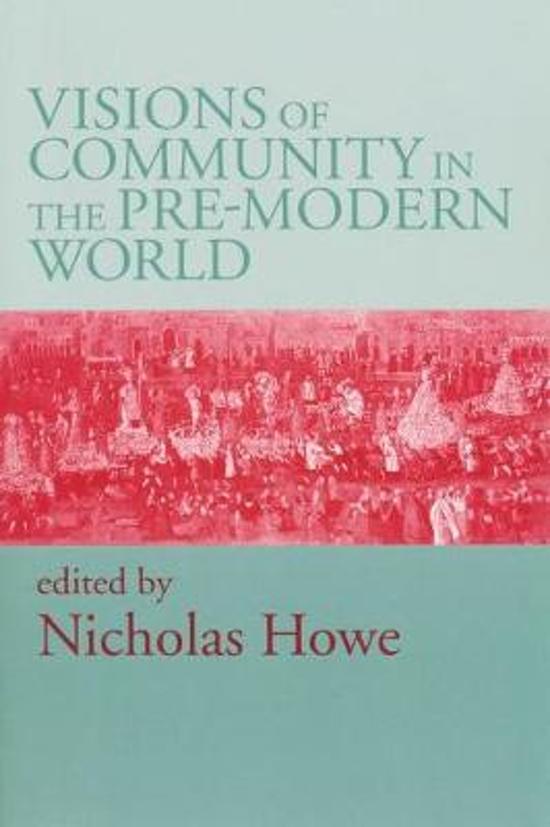 Visions of Community in the Pre-Modern World contains original essays by five leading scholars in the fields of history, art history, and literature on the ways in which communities were imagined and built between the eleventh and sixteenth centuries. These essays, which function as case studies, range geographically from Europe to Africa, the Near East to regions of Latin America. While acknowledging major factors that affect community - such as religious belief, imperial expansion, and warfare - these studies focus on precise examples and moments in the pre-modern world. Giles Constable discusses the ways in which monastic vows of service to God served as the basis for communities of monks in Europe in the Middle Ages. Anthony Cutler explores the means by which Byzantine and Islamic communities were created and maintained through the use of visual and textual signs. Annabel Patterson draws on visual images and representations to explore how endangered Catholic communities struggled to survive in Reformation England. Richard Kagan offers a survey of city images and plans in the Hispanic world of Europe and the Americas. Pamela Sheingorn focuses on the attempts of fifteenth-century French theologian Jean Gerson to reinvent forms of religious community at a time of crisis. An introduction by Nicholas Howe places this work in its scholarly context. The five contributors to this volume reveal the inherent complexity and variety of communities in the pre-modern world. They offer a powerful argument against sweeping generalizations about the ways in which humans form themselves into groups, and encourage further scholarly research into the ways in which communities are formed and shaped.