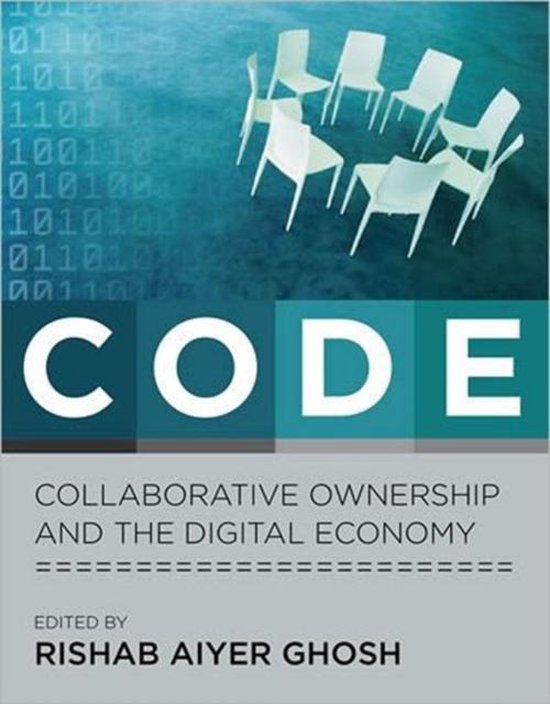 How open source creative collaboration provides an alternative to commercially driven policies determining intellectual property rights. Open source software is considered by many to be a novelty and the open source movement a revolution. Yet the collaborative creation of knowledge has gone on for as long as humans have been able to communicate. CODE looks at the collaborative model of creativity-with examples ranging from collective ownership in indigenous societies to free software, academic science, and the human genome project-and finds it an alternative to proprietary frameworks for creativity based on strong intellectual property rights. Intellectual property rights, argues Rishab Ghosh in his introduction, were ostensibly developed to increase creativity; but today, policy decisions that treat knowledge and art as if they were physical forms of property actually threaten to decrease creativity, limit public access to creativity, and discourage collaborative creativity. Newton should have had to pay a license fee before being allowed even to see how tall the 'shoulders of giants' were, let alone to stand upon them, he writes. The contributors to CODE, from such diverse fields as economics, anthropology, law, and software development, examine collaborative creativity from a variety of perspectives, looking at new and old forms of creative collaboration and the mechanisms emerging to study them. Discussing the philosophically resonant issues of ownership, property, and the commons, they ask if the increasing application of the language of property rights to knowledge and creativity constitutes a second enclosure movement-or if the worldwide acclaim for free software signifies a renaissance of the commons. Two concluding chapters offer concrete possibilities for both alternatives, with one proposing the establishment of positive intellectual rights to information and another issuing a warning against the threats to networked knowledge posed by globalization. Contributors Philippe Aigrain, Yochai Benkler, Boatema Boateng, David Bollier, James Boyle, John Henry Clippinger, Paul Allen David, Rishab Aiyer Ghosh, Cori Hayden, Tim Hubbard, Christopher Kelty, James Leach, James Love, Fred Meyers, Anthony Seeger, Richard Stallman, Marilyn Strathern