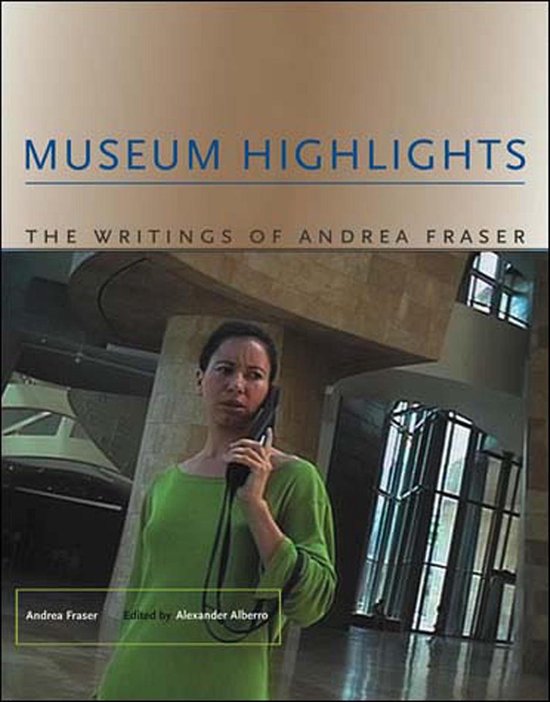 Essays, criticism, and performance scripts written between 1985 and 2003 by an artist whose artistic practice investigates and reveals the social structures of art and its institutions. Andrea Fraser's work, writes Pierre Bourdieu in his foreword to Museum Highlights, is able to trigger a social mechanism, a sort of machine infernale whose operation causes the hidden truth of social reality to reveal itself. It often does this by incorporating and inhabiting the social role it sets out to critique-as in a performance piece in which she leads a tour as a museum docent and describes the men's room in the same elevated language that she uses to describe seventeenth-century Dutch paintings. Influenced by the interdisciplinarity of postmodernism, Fraser's interventionist art draws on four primary artistic and intellectual frameworks-institutional critique, with its site-specific examination of cultural context; performance; feminism, with its investigation of identity formation; and Bourdieu's reflexive sociology. Fraser's writings form an integral part of her artistic practice, and this collection of texts written between 1985 and 2003-including the performance script for the docent's tour that gives the book its title-both documents and represents her work. The writings in Museum Highlights are arranged to reflect different aspects of Fraser's artistic practice. They include essays that trace the development of critical artistic practice as cultural resistance; performance scripts that explore art institutions and the public sphere; and texts that explore the ambivalent relationship of art to the economic and political interests of its time. The final piece, Isn't This a Wonderful Place? (A Tour of a Tour of the Guggenheim Bilbao), reflects on the role of museums in an era of globalization. Among the book's 30 illustrations are stills from performance pieces, some never before published.