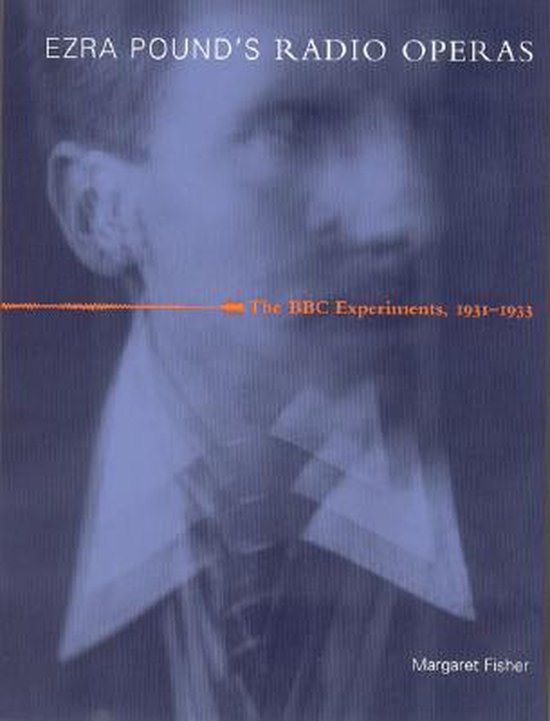 A study of Ezra Pound's experimental BBC radio operas of the 1930s. Ezra Pound, best known for his Cantos, referred to himself as a poet and composer in the 1929 edition of Who's Who. His two BBC radio operas have been obscured by the polemics of his Italian radio broadcasts and his indictment by the United States government for treason during World War II. In this study of Pound's radio operas of the 1930s, Margaret Fisher draws on the unpublished correspondence between Pound and his maverick BBC producer, Edward Archibald Fraser Harding, to reveal a little-known aspect of Pound's career. Archie Harding, an advocate of mass microphone access in Britain and the first to produce a global radio linkup, tutored Pound in radio's theoretical and political potential, as well as in specific radio techniques. Pound's first radio opera, transmitted in October 1931 under the title The Testament of Francois Villon, was one of the first electronically enhanced operas to be broadcast in Europe. At Harding's request, Pound wrote a second radio opera, Cavalcanti. Although the opera was thought to be unfinished and lost at the time of Pound's death, in 1983 the American composer and conductor Robert Hughes located the various manuscripts and assembled a complete work. Fisher examines Pound's reasons for composing and his theatrical models. She discusses the sound design of the 1931 production, as well as the context in which Pound wrote his radio operas -- artistic trends in film and radio, various broadcasting organizations and facilities, and contemporary radio techniques. She also compares Pound's radio experiments to those of F. T. Marinetti, Walter Ruttman, and Bertolt Brecht. The book, which contains the 1931 radio script and producer's notes, provides the necessary background and analysis to facilitate a recreation of the 1931 broadcast, a contemporary stage performance, or a film or video production.