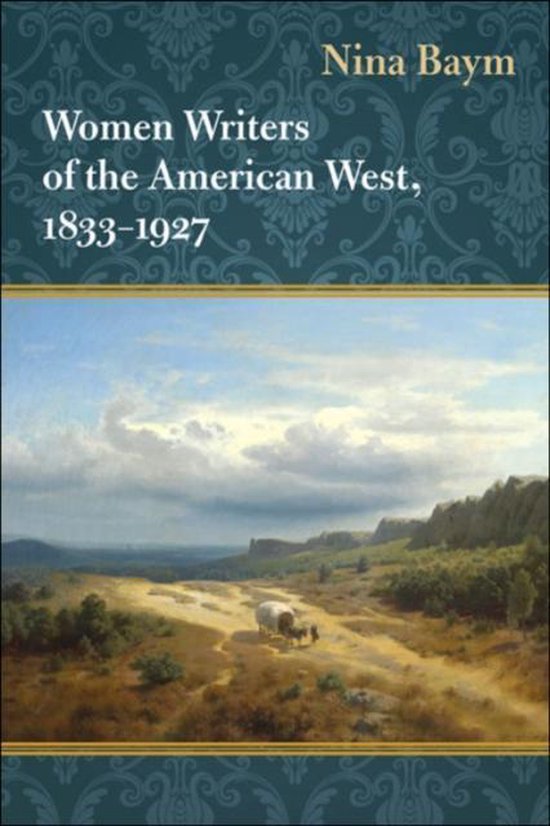 Women Writers of the American West, 1833-1927 recovers the names and works of hundreds of women who wrote about the American West during the nineteenth and early twentieth centuries, some of them long forgotten and others better known novelists, poets, memoirists, and historians such as Willa Cather and Mary Austin Holley. Nina Baym mined literary and cultural histories, anthologies, scholarly essays, catalogs, advertisements, and online resources to debunk critical assumptions that women did not publish about the West as much as they did about other regions. Elucidating a substantial body of nearly 650 books of all kinds by more than 300 writers, Baym reveals how the authors showed women making lives for themselves in the West, how they represented the diverse region, and how they represented themselves. Baym accounts for a wide range of genres and geographies, affirming that the literature of the West was always more than cowboy tales and dime novels. Nor did the West consist of a single landscape, as women living in the expanses of Texas saw a different world from that seen by women in gold rush California. Although many women writers of the American West accepted domestic agendas crucial to the development of families, farms, and businesses, they also found ways to be forceful agents of change, whether by taking on political positions, deriding male arrogance, or, as their voluminous published works show, speaking out when they were expected to be silent.