My Heart is My Own 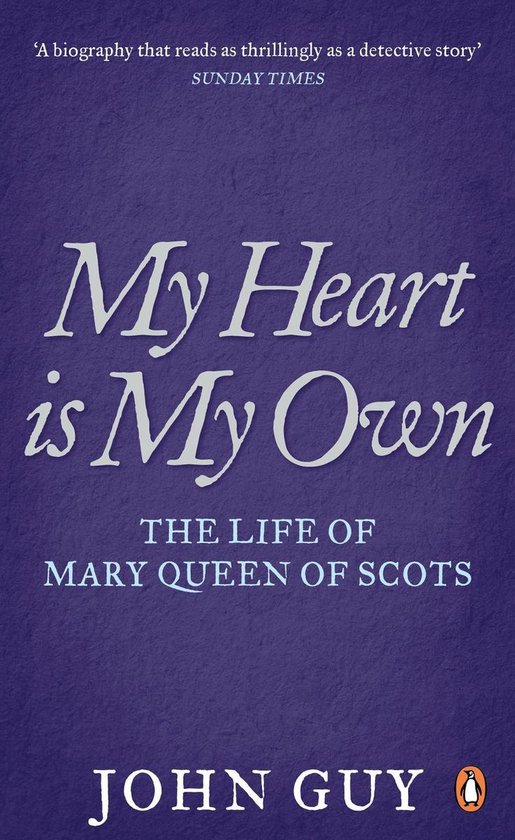 Acclaimed Tudor historian John Guy offers a compelling re-interpretation of Mary Queen of Scots in My Heart is My Own.

For centuries, Mary, Queen of Scots has been a figure of scholarly debate. Where many have portrayed her as the weak woman to Elizabeth's rational leader, John Guy reassesses the young queen, finding her far more politically shrewd than previously believed.

Crowned Queen of Scotland at nine months old, Queen of France by age sixteen and widowed the following year, Guy paints Mary as a commanding and savvy queen who navigated the European power struggles of the time to her advantage.

Her life was one of drama and conflict - Scottish lords constructed labyrinthine plots to wrest power from her and attempts to prove her claim to the English throne were thwarted by English ministers bent on protecting Elizabeth.

My Heart is My Own re-examines the original sources, resulting in a riveting new argument surrounding Mary's involvement in her husband Lord Darnely's murder and her subsequent marriage to his suspected assassin.

John Guy is an award-winning historian, accomplished broadcaster and a Fellow of Clare College, Cambridge. His previous books include the highly acclaimed dual biography A Daughter's Love: Thomas and Margaret More a history, Tudor England, which has sold over 250,000 copies worldwide and a biography of Thomas Becket, published in 2012.