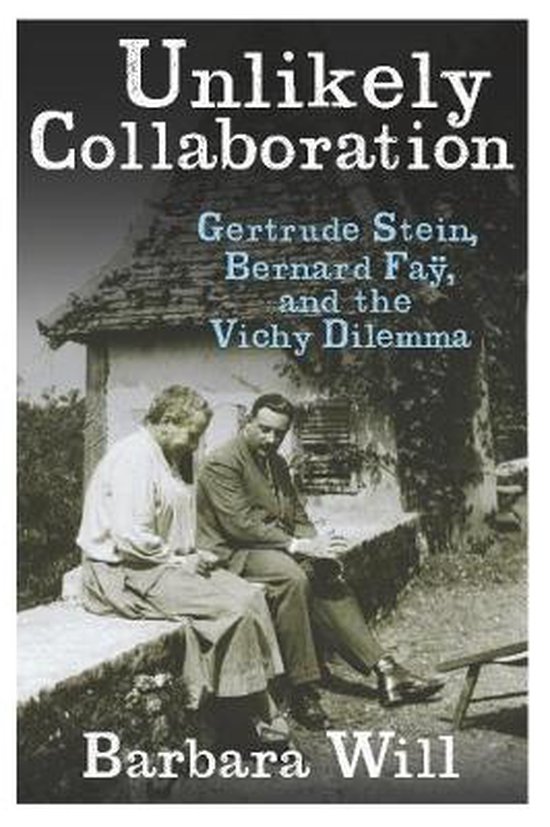 In 1941, the Jewish American writer and avant-garde icon Gertrude Stein embarked on one of the strangest intellectual projects of her life: translating for an American audience the speeches of Marshal Philippe Petain, head of state for the collaborationist Vichy government. From 1941 to 1943, Stein translated thirty-two of Petain's speeches, in which he outlined the Vichy policy barring Jews and other foreign elements from the public sphere while calling for France to reconcile with Nazi occupiers. Unlikely Collaboration pursues troubling questions: Why and under what circumstances would Stein undertake this project? The answers lie in Stein's link to the man at the core of this controversy: Bernard Fay, Stein's apparent Vichy protector. Fay was director of the Bibliotheque Nationale during the Vichy regime and overseer of the repression of French freemasons. He convinced Petain to keep Stein undisturbed during the war and, in turn, encouraged her to translate Petain for American audiences. Yet Fay's protection was not coercive. Stein described the thinker as her chief intellectual companion during her final years. Barbara Will outlines the formative powers of this relationship, noting possible affinities between Stein and Fay's political and aesthetic ideals, especially their reflection in Stein's writing from the late 1920s to the 1940s. Will treats their interaction as a case study of intellectual life during wartime France and an indication of America's place in the Vichy imagination. Her book forces a reconsideration of modernism and fascism, asking what led so many within the avant-garde toward fascist and collaborationist thought. Touching off a potential powder keg of critical dispute, Will replays a collaboration that proves essential to understanding fascism and the remaking of modern Europe.