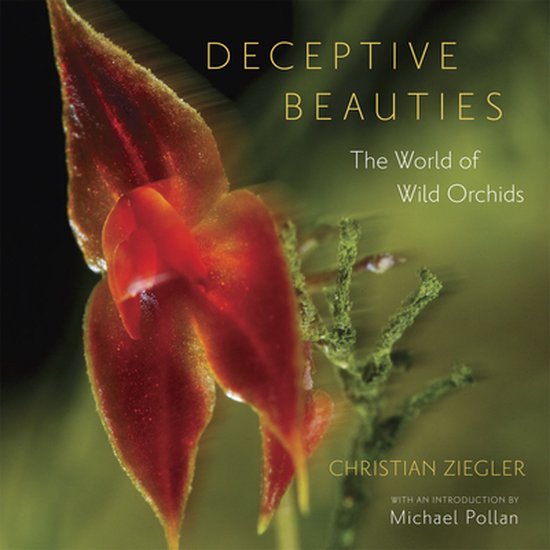 Confucius called them the king of fragrant plants, and John Ruskin condemned them as prurient apparitions. Across the centuries, orchids have captivated us with their elaborate exoticism, their powerful perfumes, and their sublime seductiveness. But the disquieting beauty of orchids is an unplanned marvel of evolution, and the story of orchids is as captivating as any novel. As acclaimed writer Michael Pollan and National Geographic photographer Christian Ziegler spin tales of orchid conquest in Deceptive Beauties: The World of Wild Orchids , we learn how these flowers forests to the Arctic, from semi deserts to rocky mountainsides; how their shapes, colors, and scents are, as Darwin put it, beautiful contrivances meant to dupe pollinating male insects in the strangest ways. What other flowers, after all, can mimic the pheromones and even appearance of female insects, so much so that some male bees prefer sex with the orchids over sex with their own kind? And insects aren't the only ones to fall for the orchids' charms. Since the orchidelirium of the Victorian era, humans have braved the wilds to search them out and devoted copious amounts of time and money propagating and hybridizing, nurturing and simply gazing at them. This astonishing book features over 150 unprecedented color photographs taken by Christian Ziegler himself as he trekked through wilderness on five continents to capture the diversity and magnificence of orchids in their natural habitats. His intimate and astonishing images allow us to appreciate up close nature's most intoxicating and deceptive beauties.