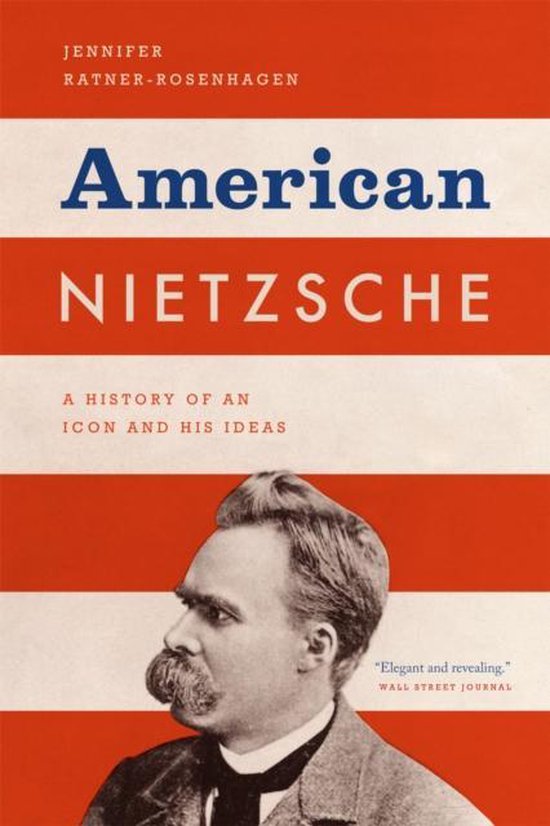 If you were looking for a philosopher likely to appeal to Americans, Friedrich Nietzsche would be far from your first choice. After all, in his blazing career, Nietzsche took aim at nearly all the foundations of modern American life: Christian morality, the Enlightenment faith in reason, and the idea of human equality. Despite that, for more than a century Nietzsche has been a hugely popular - and surprisingly influential - figure in American high and popular culture alike. In American Nietzsche , Jennifer Ratner-Rosenhagen delves deeply into Nietzsche's thought, and America's reception of it, to tell the story of his curious appeal. Beginning her account as far back as Emerson, whom the seventeen-year-old Nietzsche read obsessively, she shows how Nietzsche's ideas first burst on American shores at the turn of the twentieth century, and how they continued to alternately invigorate and shock Americans throughout the century to come. She also traces out the broader intellectual and cultural contexts in which a wide array of commentators - academic and armchair philosophers, theologians and atheists, romantic poets and hard-nosed empiricists, and political ideologues and apostates from the Left and the Right - drew insight and inspiration from Nietzsche's claims for the death of God, his challenge to universal truth, and his insistence on the interpretive nature of all human thought and belief. At the same time, she explores how his image as an iconoclastic immoralist was put to work in American popular culture, making Nietzsche an unlikely posthumous celebrity capable of inspiring teenagers and scholars alike. A heady examination of a powerful, but little-explored undercurrent of twentieth-century American culture, American Nietzsche dramatically recasts our understanding of American intellectual life - and puts Nietzsche squarely at its heart.