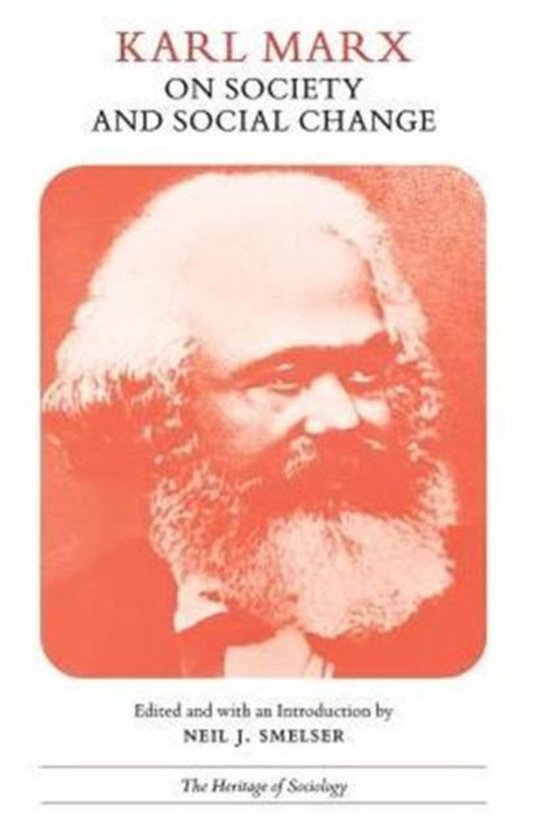 This volume presents those writings of Marx that best reveal his contribution to sociology, particularly to the theory of society and social change. The editor, Neil J. Smelser, has divided these selections into three topical sections and has also included works by Friedrich Engels. The first section, The Structure of Society, contains Marx's writings on the material basis of classes, the basis of the state, and the basis of the family. Among the writings included in this section are Marx's well-known summary from the Preface of A Contribution to a Critique of Political Economy and his equally famous observations on the functional significance of religion in relation to politics. The second section is titled The Sweep of Historical Change. The first selection here contains Marx's first statement of the main precapitalist forms of production. The second selection focuses on capitalism, its contradictions, and its impending destruction. Two brief final selections treat the nature of communism, particularly its freedom from the kinds of contradictions that have plagued all earlier forms of societies. The last section, The Mechanisms of Change, reproduces several parts of Marx's analysis of the mechanisms by which contradictions develop in capitalism and generate group conflicts. Included is an analysis of competition and its effects on the various classes, a discussion of economic crises and their effects on workers, and Marx's presentation of the historical specifics of the class struggle. In his comprehensive Introduction to the selections, Professor Smelser provides a biography of Marx, indentifies the various intellectual traditions which formed the background for Marx's writings, and discusses the selections which follow. The editor describes Marx's conception of society as a social system, the differences between functionalism and Marx's theories, and the dynamics of economic and political change as analyzed by Marx.