The Works Of Voltaire (Volume 32); Annals Of The Empire. A Contemporary Version With Notes By Tobias Smollett, Rev. And Modernized New Translations By 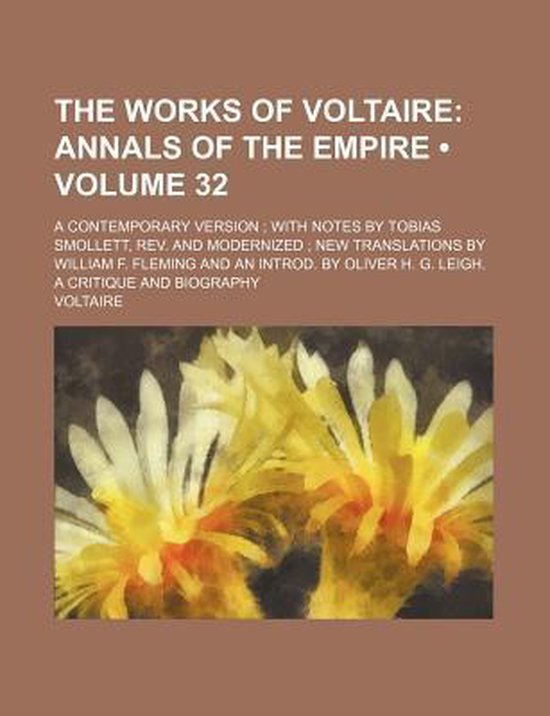 Purchase of this book includes free trial access to www.million-books.com where you can read more than a million books for free. This is an OCR edition with typos. Excerpt from book: compare their enemy to Holofernes, and believe themselves the people of God. A woman, willing to ( imitate Judith, goes out of the town with the same intention, but instead of returning to her Bethulia with the bishop's head, she is hanged in the camp. 1535 ? Charles, at that time in Spain, meddled but little in the affairs of the Germanic body, which to him was a continual source of uneasiness, without the least advantage. He seeks for glory in another quarter. Not strong enough in Germany to carry on a war against Solyman, he intends revenging himself on the Turks by turning his arms against the famous admiral, Cheredin, who had possessed himself of Tunis, after having driven out the king, Muley Hassan. The dethroned African came to offer himself as a tributary to Charles, who passed over into Africa in the month of April, with about twenty-five thousand men, two hundred transports, and one hundred and fifteen galleys. Pope Paul III. granted him a tenth, which was pretty considerable, of all the ecclesiastical revenues in the Austrian territories. He joined nine galleys to the Spanish fleet. Charles goes to attack the army of Cheredin in person, which was superior to his in number, but very ill disciplined. Historians report that Charles, before the battle, expressed himself thus to his generals: " Though straw may ripen medlars, our tardiness rather rots than ripens the courage of our soldiers." Princes seldom express themselves thus. They ought to CHARUE8 V be made to speak nobly, or rather no words ought to be put into their mouths which they never said; almost all their harangues are fictions cooked up in history. Charles gains a complete victory, and re-establishes Muley Hassan, who gives up to him Ine fortress of Goletta, with an extent of country for ten mi...