Ethnicity and Culture Amidst New Neighbors 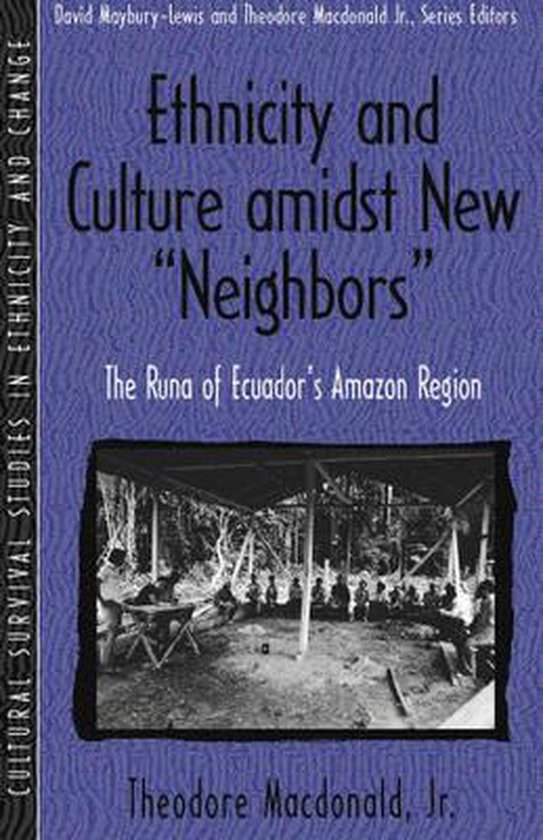 This new ethnography chronicles the recent history of the Runa, a Quichua-speaking Indian population in Ecuador's amazon region. The author has been following the Runa's adaptation to continuous changes around and amongst them since 1974. When Macdonald first met the Runa they were practicing swidden horticulture, hunting, fishing, and living their created culture while also reacting to external pressures imposed on them by newly arrived colonists and changing national legislation. The book follows the development of the Runa from a passive accommodating society to an indigenous ethnic federation. This book is the newest addition to the successful Cultural Survival Studies in Ethnicity and Change series, edited by David Maybury-Lewis and Theodore Macdonald, Jr., of Cultural Survival, Inc. at Harvard University. Sharply focused on key issues affecting indigenous and ethnic groups worldwide, this series of ethnographies builds on introductory material by going further in-depth and allowing students to explore, virtually first-hand, a particular issue and its impact on a culture.