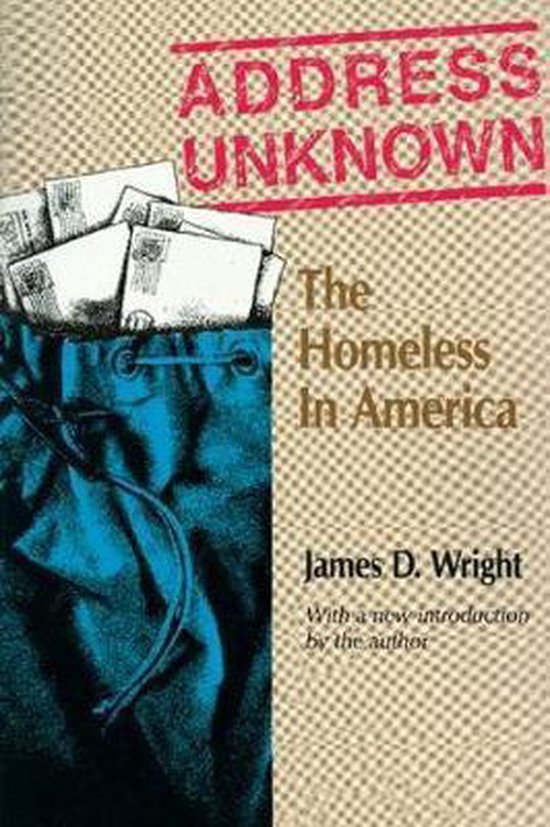 Homelessness in America has grown from a minor problem in isolated areas of a few big cities into a near epidemic. Today, scarcely any American city of any appreciable size lacks homeless people. Homeless shelters and programs have become as essential and as commonplace as police protection or water and sewage treatment. What to do for, with, or about the homeless is a nagging and complex social policy issue debated at all levels of government. Address Unknown emphasizes the large-scale social and economic forces that have priced an increasingly large segment of the urban poor completely out of the housing market. Seen in this light, the problem of homelessness is that there are too many extremely poor people competing for too few aff ordable housing units. The nation would be facing a formidable homelessness problem even if there were no alcoholics, no drug addicts, no deinstitutionalized mentally ill people-no personal pathologies of any kind. Rather than a choice, homelessness is the result of housing markets that have very little to off er to extremely poor people. The plight of the homeless is very visible, and Address Unknown is one of the first major investigative studies into the nature and multiple causes of the problem. Wright considers demographic, economic, sociological, and social policy antecedents of homelessness. A hallmark is the delineation of the range of factors involved, including deinstitutionalization of the mentally ill, urban renewal, the decrease in lower-skilled jobs, changing political priorities, and bureaucratic obstacles to providing existing social services to the homeless population.