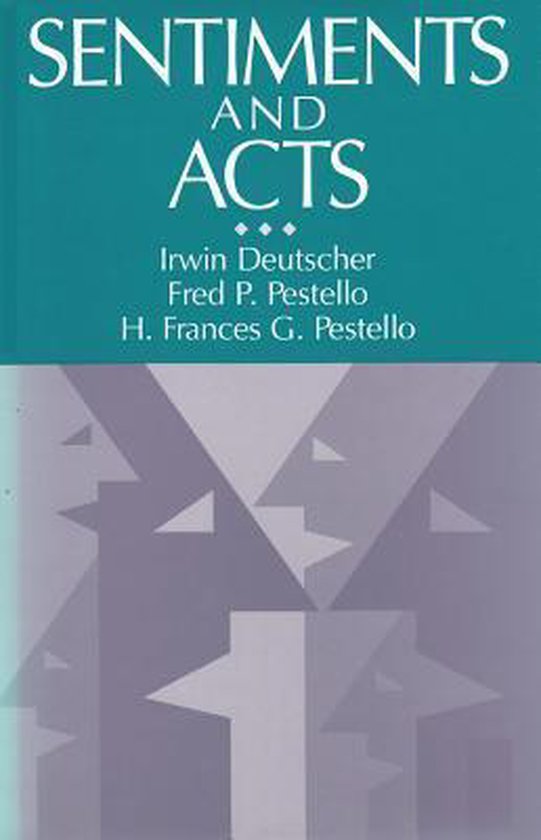 The relation between attitudes and behavior has been of enduring concern to social scientists over the past half century. The present volume is a sequel to a landmark theoretical and methodological critique of the literature on that relationship, published by the first author, Dr. Deutscher, in 1973. It is informed throughout by a symbolic interactionist perspective, and turns on issues of validity and credibility of the verbal evidence on which social science still heavily relies in its accounts of behavior. What Sentiments and Acts provides is a more complex, nuanced, and valid account of the relationship between what we say and what we do. Drawing on the example of Deutscher's earlier research and of cognate work by ethno-methodologists-this book is, in part, the history of a problem-the authors argue for a double screen, in part methodological and in part conceptual, through which the evidence for inconsistencies must be sifted. The account here adduced goes well beyond the merely interpersonal level; it insists, instead, on the problematics of the symbolic language used to express or convey the meaning of human behavior. In so doing, it extends the perspective on social organization it embodies, and suggests a relevant and welcome line of investigation for those doing applied work in the nexus of human relations.