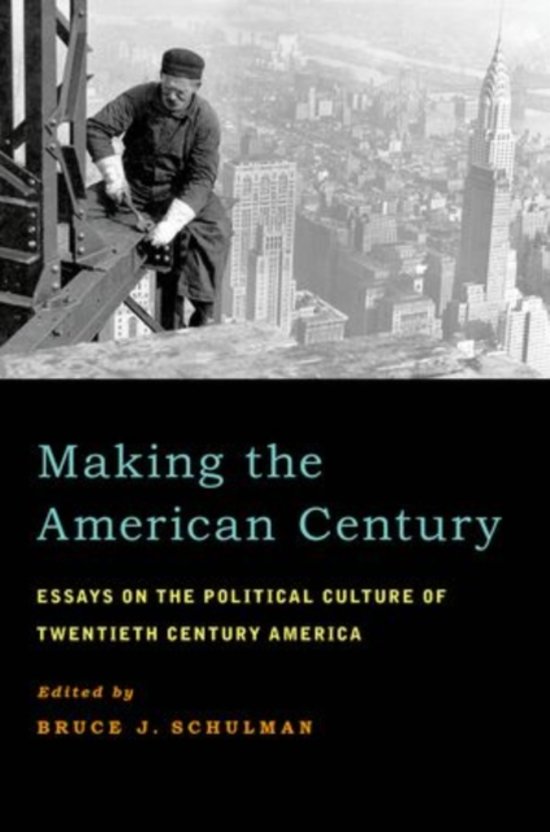 The twentieth century has been popularly seen as the American Century, as publisher Henry Luce dubbed it, a long period in which the United States had amassed the economic resources, the political and military strength, and the moral prestige to assume global leadership. By century's end, the trajectory of American politics, the sense of ever waxing federal power, and the nation's place in the world seemed less assured. Americans of many stripes came to contest the standard narratives of nation building and international hegemony that generations of historians dutifully charted. In this volume, a group of distinguished junior and senior historians-including John McGreevy, James Campbell, Elizabeth Borgwardt, Eric Rauchway, Elizabeth Cobbs Hoffman, and James Kloppenberg- revisit and revise many of the chestnuts of American political history. First and foremost, the contributors challenge the teleological view of the inexorable transformation of the United States into a modern nation. To be sure, chain stores replaced mom-and-pop businesses, interstate highways knit together once isolated regions, national media shaped debate from coast-to coast, and the IRS, the EPA, the Federal Reserve, the Social Security Administration and other instruments of national power became daily presences in the lives of ordinary Americans. But the local and the parochial did not inexorably give way to the national and eventually to global integration. Instead, the contributors to this volume illustrate the ongoing dialectic between centrifugal and centripetal forces in the development of the twentieth century United States. The essays analyze a host of ways in which local places are drawn into a wider polity and culture. At the same time, they reveal how national and international structures and ideas repeatedly create new kinds of local movements and local energies. The authors also challenge the tendency to view American politics as a series of conflicts between liberalism and conservatism, which Arthur Schlesinger, Sr. and Jr. codified as the idea that American national politics routinely experienced roughly fifteen year periods of liberal reform followed by similar intervals of conservative reaction. For generations, American political history remained the story of reform, the rise and fall, triumphs and setbacks of successive waves of reformers-Jacksonian Democrats and abolitionists, Populists and Progressives, New Dealers and Great Society poverty warriors-and, recently, equally rich scholarship has explored the origins and development of American conservatism. The contributors do not treat the left and right as separate phenomena, as the dominant forces of different eras. Instead they assert the liberal and the conservative are always and essentially intertwined, mutually constituted and mutually constituting. Modern American liberalism operates amid tenacious, recurring forces that shape and delimit the landscape of social reform and political action just as conservatives layered their efforts over the cumulative achievements of twentieth century liberalism, necessarily accommodating themselves to shifts in the instruments of government, social mores and popular culture. These essays also unravel a third traditional polarity in twentieth century U.S. history, the apparent divide between foreign policy and domestic politics. Notwithstanding its proud anti-colonial heritage and its enduring skepticism about foreign entanglements, the United States has been and remains a robustly international (if not imperial) nation. The authors in this volume-with many formative figures in the ongoing internationalization of American history represented among them-demonstrate that international connections (not only in the realm of diplomacy but also in matters of migration, commerce, and culture) have transformed domestic life in myriad ways and, in turn, that the American presence in the world has been shaped by its distinctive domestic political culture. Blurring the boundaries between political, cultural, and economic history, this collective volume aims to raise penetrating questions and challenge readers' understanding of the broader narrative of twentieth-century U.S. history.