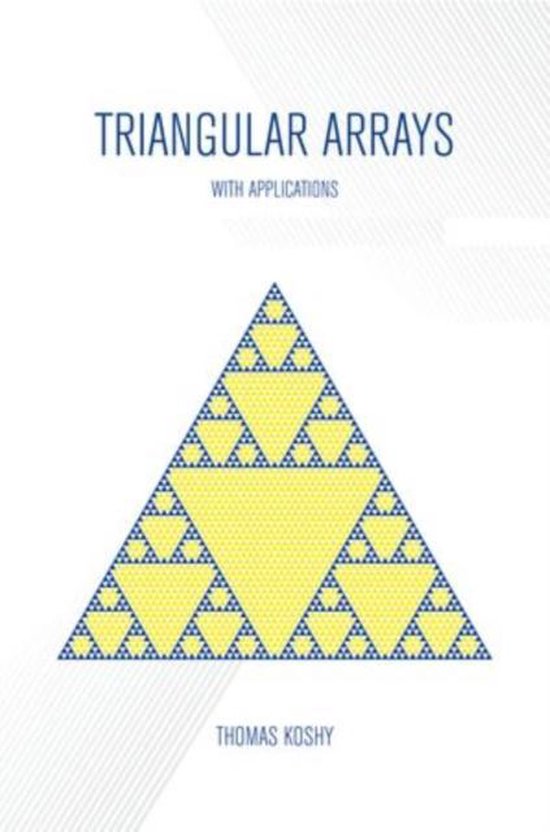 Triangular arrays are a unifying thread throughout various areas of discrete mathematics such as number theory and combinatorics. They can be used to sharpen a variety of mathematical skills and tools, such as pattern recognition, conjecturing, proof-techniques, and problem-solving techniques. While a good deal of research exists concerning triangular arrays and their applications, the information is scattered in various journals and is inaccessible to many mathematicians. This is the first text that will collect and organize the information and present it in a clear and comprehensive introduction to the topic. An invaluable resource book, it gives a historical introduction to Pascal's triangle and covers application topics such as binomial coefficients, figurate numbers, Fibonacci and Lucas numbers, Pell and Pell-Lucas numbers, graph theory, Fibonomial and tribinomial coefficients and Fibonacci and Lucas polynomials, amongst others. The book also features the historical development of triangular arrays, including short biographies of prominent mathematicians, along with the name and affiliation of every discoverer and year of discovery. The book is intended for mathematicians as well as computer scientists, math and science teachers, advanced high school students, and those with mathematical curiosity and maturity.