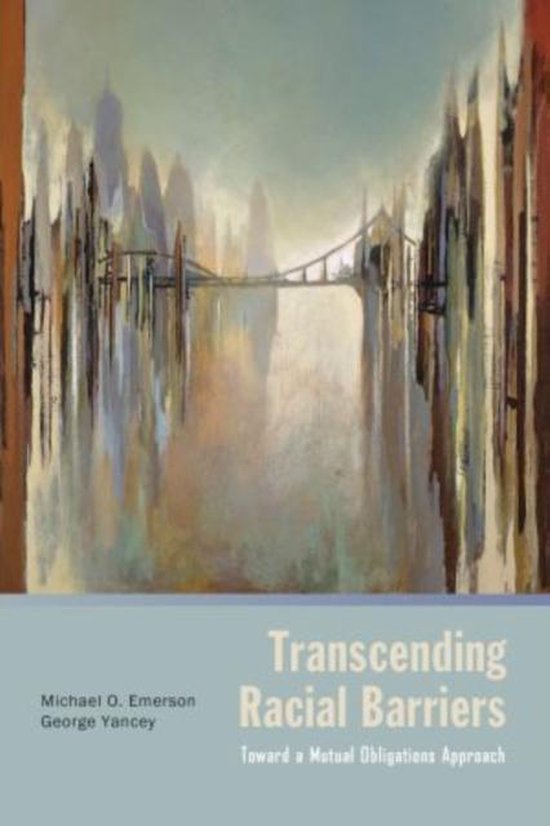 Despite some progress over the past few decades against racial inequalities and race relations, American society continues to produce racial attitudes and institutional discrimination that reinforce the racial divide. Activists and scholars have long argued over the best way to end racial division and solutions tend to fall into two main categories: those who argue that whites bear more responsibility for ending racial inequality through reparations and affirmative action, and those who argue that the responsibility ultimately resides with non-whites who support colorblindness and conformity to mainstream values and culture. To show why these solutions won't work, Emerson and Yancey first offer a historical overview of racism in American society. They document the move from white supremacy to institutional racism, and then briefly look at modern efforts to overcome the racialized nature of our society. The authors argue that both progressive and conservative approaches have failed, as they continually fall victim to forces of ethnocentrism and group interest. Through ethnocentrism, it is unlikely that whites or people of color are willing to consider the needs and concerns of other racial groups. This leads to actions shaped by a desire to promote group interests whereby majority group members promote philosophies that support a racial status quo that works to their advantage, while minority groups encourage any proactive remedy for racial justice. And both groups pursue these interests regardless of the outcome for others, making it impossible to find solutions that work for everyone. Emerson and Yancey then move on to explore group interest in more depth and possible ways to account for the perspectives of both majority and minority group members. They look to multiracial congregations, multiracial families, the military, and sports teams-all situations in which group interests have been overcome before. In each context they find the development of a core set of values that binds together different racial groups along with the flexibility to express racially-based cultural uniqueness that does not conflict with this critical core. These elements form the basis of their mutual obligations approach which calls for a careful definition of the racial problem, the identification of a critical core, recognition of cultural differences, and solutions that take account of the concerns of other racial groups. Though Transcending Racial Barriers offers a balanced approach towards dealing with racial alienation, it is a bold step forward in the debate about what sort of public policies can overcome the ethnocentrism inherent in so much of the racism we suffer from.