Police and Community in Chicago 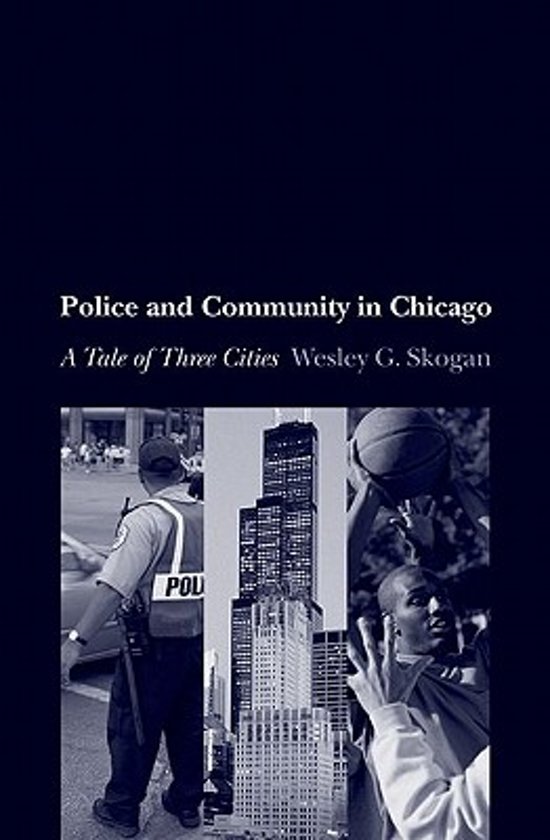 Highly popular with both the public and political leaders, community policing is the most important development in law enforcement in the last twenty-five years. But does community policing really work? Can police departments fundamentally change their organization? Can neighborhood problems be solved? In the early 1990s, Chicago, the nation's third largest city, instituted the nation's largest community policing initiative. Wesley G. Skogan here provides the first comprehensive evaluation of that citywide program, examining its impact on crime, neighborhood residents, and the police. Based on the results of a thirteen-year study, including interviews, citywide surveys, and sophisticated statistical analyses, Police and Community in Chicago reveals a city divided among African-Americans, Whites, and Latinos. By looking at the varying effects community policing had on each of these groups, Skogan provides a valuable analysis of what works and why. As the use of community policing increases and issues related to race and immigration become more pressing, Police and Community in Chicago will serve the needs of an increasing amount of students, scholars, and professionals interested in the most effective and harmonious means of keeping communities safe. Winner of the 2007 Outstanding Book Award from the Academy of Criminal Justice Sciences. A landmark study of the social, political and institutional contexts of Chicago's community policing initiative. Skogan identifies critical challenges facing city leaders to democratize policing while confronting widening racial breaches in public confidence in the police. A must-read for big city mayors and police chiefs. -Jeffrey Fagan, Columbia University Fortunately, when Chicago unveiled the country's most ambitious community policing experiment, Wesley Skogan and his team launched an equally ambitious evaluation. The result is a rich, rigorous and provocative analysis, carefully constructed over a decade, that sheds light on the profound challenges facing policing in America-how to simultaneously build public trust, reduce crime, and support urban renewal, while confronting deep racial divides and powerful demographic forces. This elegant and insightful account will stand as a landmark in the literature of police reform, with lessons for police leaders and elected officials alike. -Jeremy Travis, John Jay College of Criminal Justice In a time when public sector innovation is either excessively hyped or cynically rejected, Skogan brings a refreshing balance and candor to his assessment of Chicago's extraordinary efforts to implement community policing. The book provides essential insights into what worked, what didn't, and why, and offers valuable lessons to be learned from Chicago's experience. -Stephen Mastrofski, George Mason University Wesley Skogan's book is an account of an extraordinary study of an equally extraordinary program - community policing in Chicago. His evaluation is notable for its thoroughness and its independence from those principally involved in developing and implementing the program. The program is notable for the character of the city in which it was established - its demographics and politics - as well as the nature and quality of the program itself. -The Law and Politics Book Review AEny study of this magnitude will produce a wealth of data. Thankfully, this one has also produced a book of balance and insight. -Law and Society Review