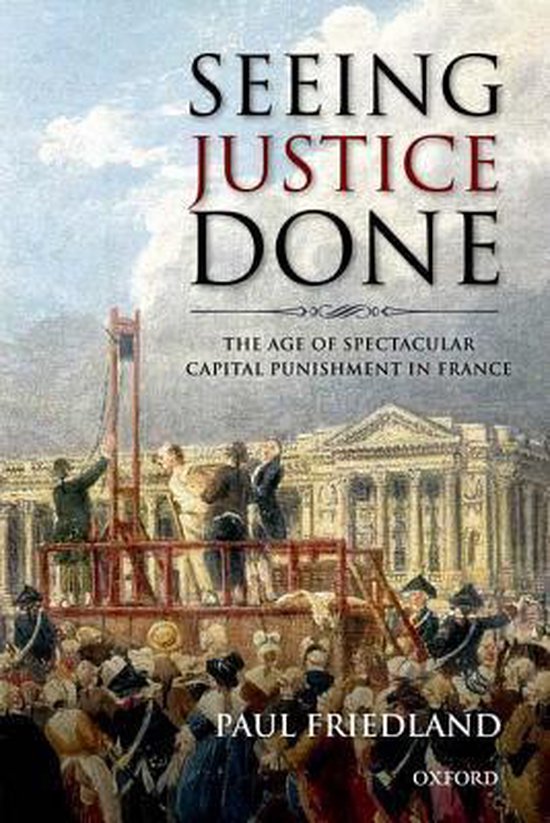 From the early Middle Ages to the twentieth century, capital punishment in France, as in many other countries, was staged before large crowds of spectators. Paul Friedland traces the theory and practice of public executions over time, both from the perspective of those who staged these punishments as well as from the vantage point of the many thousands who came to see justice done . While penal theorists often stressed that the fundamental purpose of public punishment was to strike fear in the hearts of spectators, the eagerness with which crowds flocked to executions and the extent to which spectators actually enjoyed the spectacle of suffering suggests that there was a wide gulf between theoretical intentions and actual experiences. Moreover, public executions of animals, effigies, and corpses point to an enduring ritual function that had little to do with exemplary deterrence. In the eighteenth century, when a revolution in sensibilities made it unseemly for individuals to take pleasure in or even witness the suffering of others, capital punishment became the target of reformers. From the invention of the guillotine, which reduced the moment of death to the blink of an eye, to the 1939 decree which moved executions behind prison walls, capital punishment in France was systematically stripped of its spectacular elements. Partly a history of penal theory, partly an anthropologically-inspired study of the penal ritual, Seeing Justice Done traces the historical roots of modern capital punishment, and sheds light on the fundamental disconnect between the theory and practice of punishment which endures to this day, not only in France but in the Western penal tradition more generally.