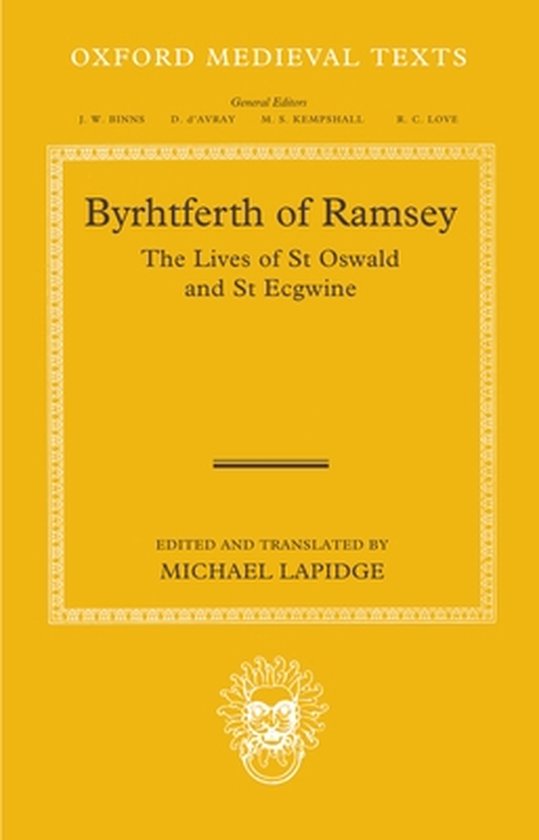 Byrhtferth of Ramsey was one of the most learned scholars of late Anglo-Saxon England, and his two saints' Lives-of Oswald, a powerful bishop of Worcester and York in the tenth century (d. 992), and Ecgwine, the seventh-century founder of Evesham-are among the most important historical sources for our understanding of late Anglo-Saxon England. The Life of St Oswald is the longest surviving work of Anglo-Saxon hagiography, and it is the principal source for much of our knowledge of tenth-century England, especially the monastic reform movement, the role of King Edgar, the murder of Edward king and Martyr, and the so-called 'anti-monastic reaction' (of which he is the unique witness). Much less is known about St Ecgwine, both by us and by Byrhtferth, but Byrhtferth's writing has exceptional value once again for the light it throws on tenth-century monasticism and the role of King Edgar in this process. Both Lives have been printed only once before, in the nineteenth century, in editions which are riddled with errors and which have misled scholarship for over a century. Neither work has ever been translated into English. The present edition includes facing-page translations, which will make these works accessible to a scholarly audience for the first time. Byrhtferth's Latin is unusually idiosyncratic and difficult, and was frequently misunderstood by the scribe who copied the unique manuscript in which the Lives are preserved. The texts are also accompanied by extensive notes, which explain the historical implications and the often impenetrable Latin. One of the principal features of the new edition is that corruption in the transmitted text has been emended where necessary, based on knowledge of Byrhtferth's Latin style (analysed, for example, in the EETS edition of Byrhtferth's Enchiridion, ed. Lapidge and Baker in 1994). A new edition of Byrhtferth's two saints' Lives has been long awaited, and will be indispensable to the study of Anglo-Saxon history and literature; the texts also throw considerable new light on the archaeology of Anglo-Saxon ecclesiastical sites such as York, Worcester, Ramsey and Evesham.