Media and the Making of Modern Germany 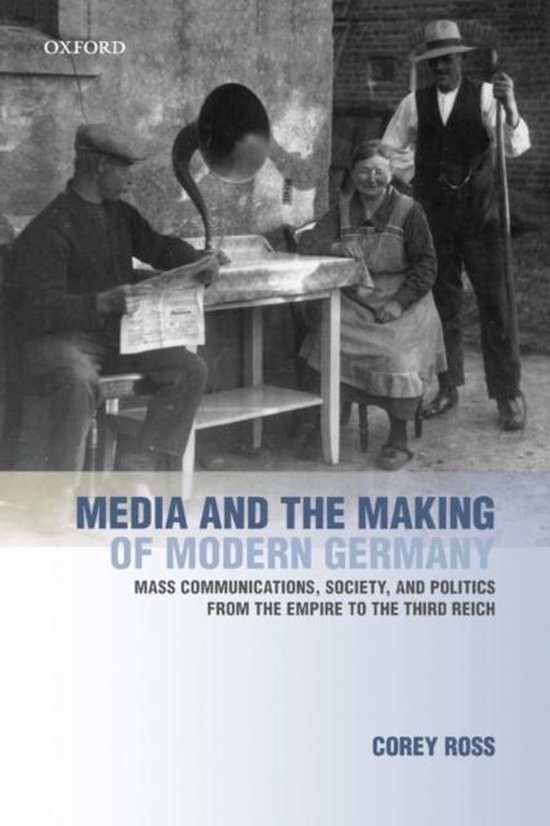 Few developments in the industrial era have had a greater impact on everyday social life than the explosion of the mass media and commercial entertainments, and none have exerted a more profound influence on the nature of modern politics. Nowhere in Europe were the tensions and controversies surrounding the rise of mass culture more politically charged than in Germany-debates that played fatefully into the hands of the radical right. Corey Ross provides the first general account of the expansion of the mass media in Germany up to the Second World War, examining how the rise of film, radio, recorded music, popular press, and advertising fitted into the wider development of social, political, and cultural life. Spanning the period from the late nineteenth century to the Third Reich, Media and the Making of Modern Germany shows how the social impact and meaning of 'mass culture' were by no means straightforward or homogenizing, but rather changed under different political and economic circumstances. By locating the rapid expansion of communications media and commercial entertainments firmly within their broader social and political context, Ross sheds new light on the relationship between mass media, social change, and political culture during this tumultuous period in German history.