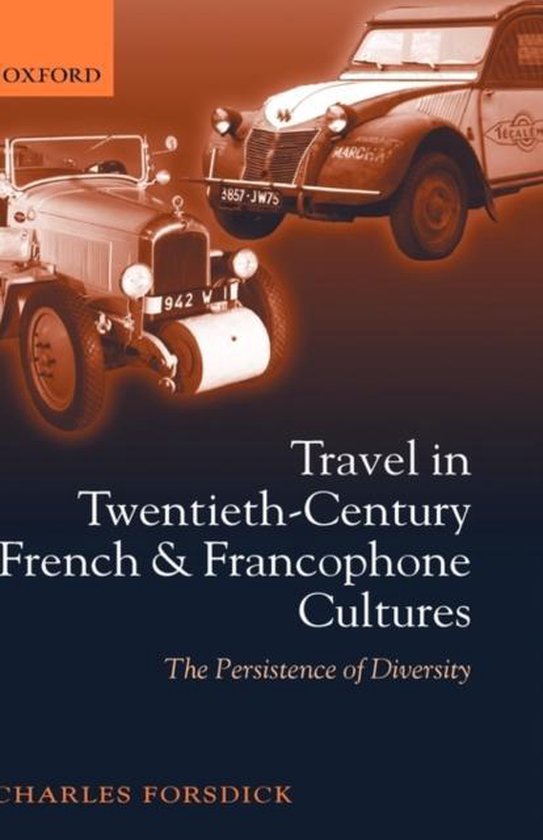 This book is one of the first studies of twentieth-century travel literature in French, tracking the form from the colonial past to the postcolonial present. Whereas most recent explorations of travel literature have addressed English-language material, Forsdick's study complements these by presenting a body of material that has previously attracted little attention, ranging from conventional travel writing to other cultural phenomena (such as the Colonial Exposition of 1931) in which changing attitudes to travel are apparent. Travel in Twentieth-Century French and Francophone Cultures explores the evolution of attitudes to cultural diversity, explaining how each generation seems simultaneously to foretell the collapse and reinvention of 'elsewhere'. It also follows the progressive renegotiation of understandings of travel (and travel literature) across the twentieth century, focusing in particular on the emergence of travel narratives from France's former colonies. The book suggests that an exclusive colonial understanding of travel as a practice defined along the lines of class, gender, and ethnicity has slowly been transformed so that travel has become an enabling figure - encapsulated in notions such as James Clifford's 'traveling cultures' - central to analyses of contemporary global culture. Engaging initially with Victor Segalen's early twentieth-century reflection on travel and exoticism and Albert Kahn's 'Archives de la Planete', Forsdick goes on to examine a series of interrelated texts and phenomena: early African travel narratives, inter-war ethnography, post-war accounts of Citroen 2CV journeys, the travel stories of immigrant workers, the work of Nicholas Bouvier and the Pour une litterature voyageuse movement, narratives of recent walking journeys, and contemporary Polynesian literature. In delineating a francophone space stretching far beyond metropolitan France itself, the book contributes to new understandings of French and Francophone Studies, and will also be of interest to those interested in issues of comparatism as well as colonial and postcolonial culture and identity.