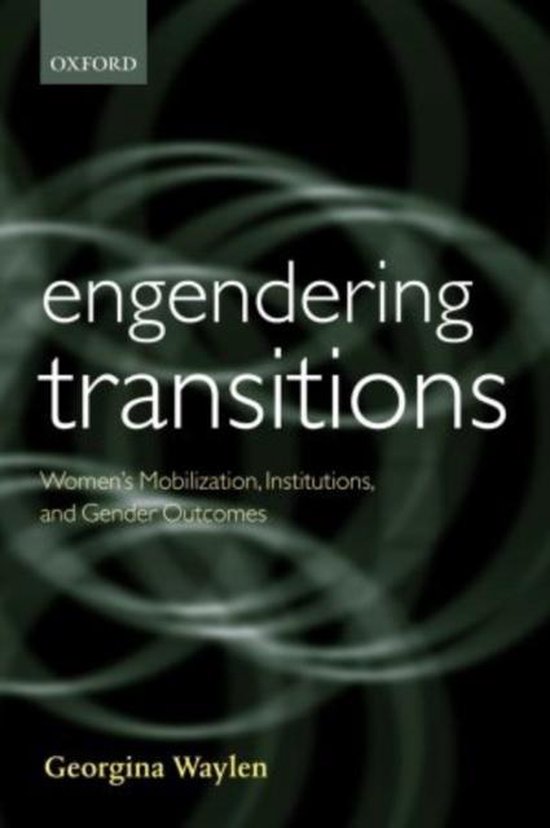 What has been the impact of transitions to democracy on gender relations? What roles have women's mobilizations played in processes of democratization? In a new and over-arching thematic analysis, Engendering Transitions answers these questions by comparing the transitions from state socialism and authoritarianism that took place as part of the 'third wave' of democratization that swept the world from the mid 1970s onwards. Using empirical material drawn from eight case study countries in East Central Europe and Latin America as well as South Africa, Georgina Waylen explores the gendered constraints and opportunities provided by processes of democratization and economic restructuring. This book uses a sophisticated analytical framework that brings together the analysis of key actors and institutions and shows that, under certain conditions, transitions to democracy can result in some positive gender outcomes such as improvements in women's political representation and more 'gender sensitive' policy in areas such as domestic violence. Georgina Waylen argues that women's mobilization during transitions is no guarantee of success and change is easier to achieve in some areas than others. Understanding the roles that can be played by organized women's movements, key actors and the wider political environment is crucial in helping us to explain why these gender outcomes vary in different contexts. This book addresses important debates within the study of both comparative politics and gender and politics and substantially improves our understanding of the ways in which transitions to democracy are gendered.