An Essay on Names and Truth 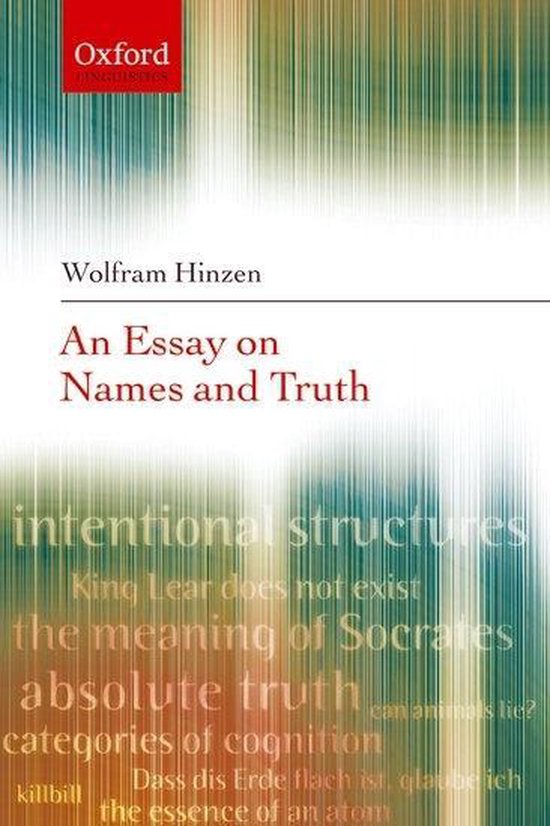 This pioneering book lays new foundations for the study of reference and truth. It seeks to explain the origins and characteristics of human ways of relating to the world by means of an understanding of the inherent structures of the mind. Wolfram Hinzen explores truth in the light of Noam Chomsky's Minimalist Program. Truth, he argues, is a function of the human mind and, in particular, likely presupposes the structure of the human clause. Professor Hinzen begins by setting out the essentials of the Minimalist Program and by considering the explanatory role played by the interfaces of the linguistic system with other cognitive systems. He then sets out an internalist reconstruction of meaning. He argues that meaning stems from concepts, originating not from reference but from intentional relations built up in human acts of language in which such concepts figure. How we refer, he suggests, is a function of the concepts we possess, rather than the reverse in which reference to the world gives us the concepts to realize it. He concludes with extended accounts of declarative sentences and names, the two aspects of language which seem most inimical to his approach. The book makes important and radical contributions to theory and debate in linguistics, philosophy, and cognitive science. The author frames his argument in a way that will be readily comprehensible to scholars and advanced students in all three disciplines.