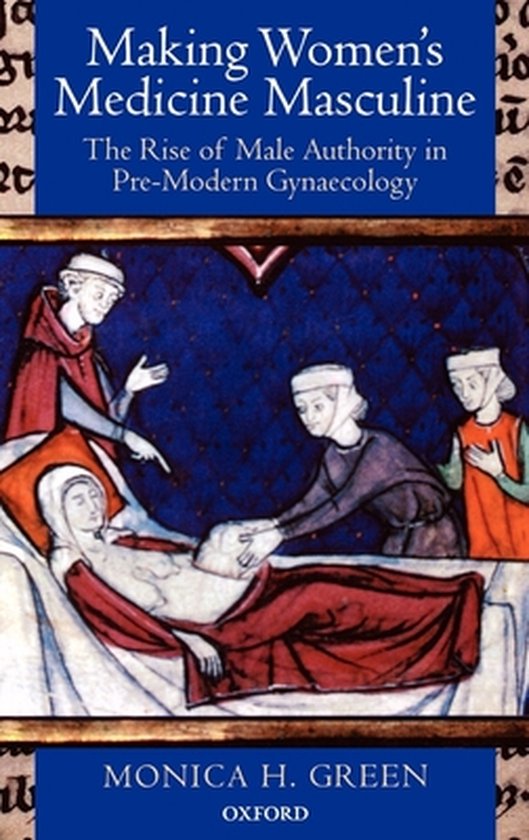 Making Women's Medicine Masculine challenges the common belief that prior to the eighteenth century men were never involved in any aspect of women's healthcare in Europe. Using sources ranging from the writings of the famous twelfth-century female practitioner, Trota of Salerno, all the way to the great tomes of Renaissance male physicians, and covering both medicine and surgery, this study demonstrates that men slowly established more and more authority in diagnosing and prescribing treatments for women's gynaecological conditions (especially infertility) and even certain obstetrical conditions. Even if their 'hands-on' knowledge of women's bodies was limited by contemporary mores, men were able to establish their increasing authority in this and all branches of medicine due to their greater access to literacy and the knowledge contained in books, whether in Latin or the vernacular. As Monica Green shows, while works written in French, Dutch, English, and Italian were sometimes addressed to women, nevertheless even these were often re-appropriated by men, both by practitioners who treated women and by laymen interested to learn about the 'secrets' of generation. While early in the period women were considered to have authoritative knowledge on women's conditions (hence the widespread influence of the alleged authoress 'Trotula'), by the end of the period to be a woman was no longer an automatic qualification for either understanding or treating the conditions that most commonly afflicted the female sex - with implications of women's exclusion from production of knowledge on their own bodies extending to the present day.