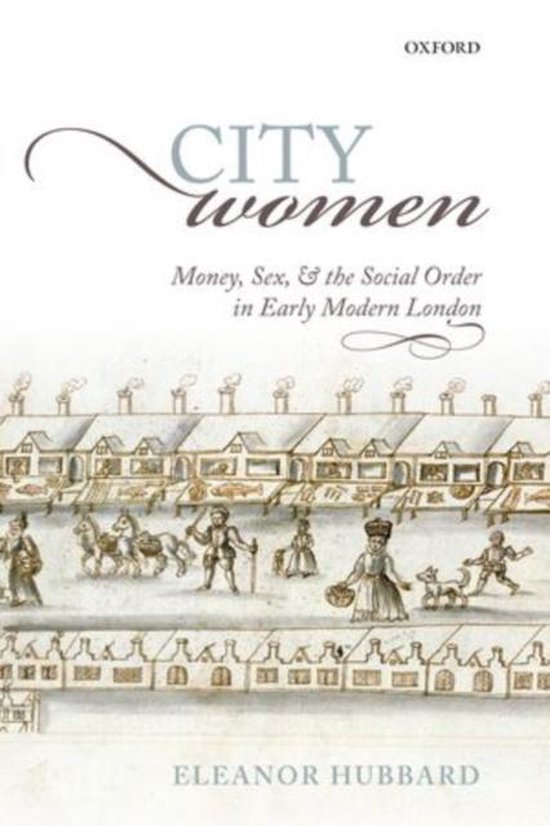 City Women is a major new study of the lives of ordinary women in sixteenth- and seventeenth-century London. Drawing on thousands of pages of Londoners' depositions for the consistory court, it focuses on the challenges that preoccupied London women as they strove for survival and preferment in the burgeoning metropolis. Balancing new demographic data with vivid case studies, Eleanor Hubbard explores the advantages and dangers that the city had to offer, from women's first arrival in London as migrant maidservants, through the vicissitudes of marriage, widowhood, and old age. In early modern London, women's opportunities were tightly restricted. Nonetheless, before 1640 the city's unique demographic circumstances provided unusual scope for marital advancement, and both maids and widows were quick to take advantage of this. Similarly, moments of opportunity emerged when the powerful sexual anxieties that associated women's speech and mobility with loose behaviour came into conflict with even more powerful anxieties about the economic stability of households and communities. As neighbours and magistrates sought to reconcile their competing priorities in cases of illegitimate pregnancy, marital disputes, working wives, remarrying widows, and more, women were able to exploit the resulting uncertainty to pursue their own ends. By paying close attention to the aspirations and preoccupations of London women themselves, their daily struggles, small triumphs, and domestic tragedies, City Women provides a valuable new perspective on the importance and complexity of women's roles in the growing capital, and on the pragmatic nature of early modern English society as a whole.