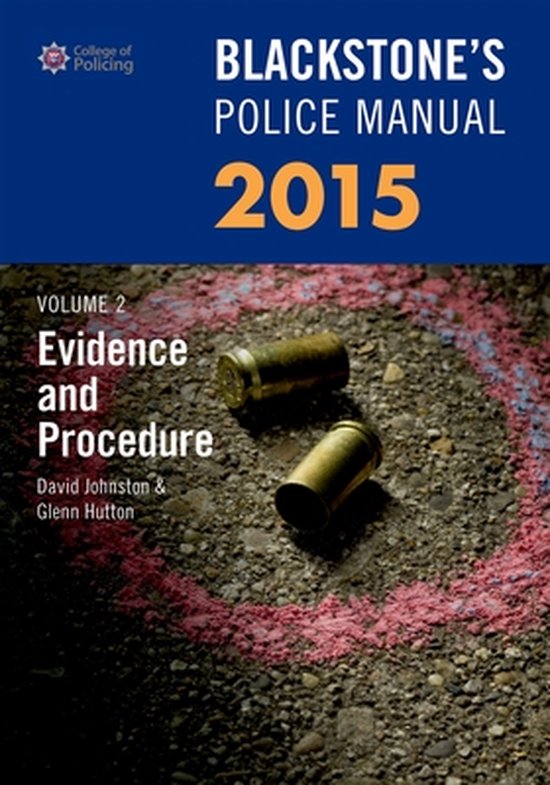 Blackstone's Police Manuals 2015, endorsed by the College of Policing, are the only official study guides for OSPRE(R) Part 1 Promotion Examinations. Straightforward and accessible, Blackstone's Police Manuals are the only resource used by question writers when preparing an OSPRE(R) Part 1 examination and each of the four volumes forms part of the only comprehensive version of the 2015 syllabus. Blackstone's Police Manual Volume 2: Evidence and Procedure 2015 covers areas including Bail, Disclosure of Evidence, Youth Justice, Crime and Disorder, and Court Procedure and Witnesses, as well as PACE Codes C, D, E, F, and H. For complex or commonly misunderstood areas, there are handy Keynote boxes, which point to relevant case law or provide an example of how material is used in a practical sense, helping you to establish the connections between legislation and police procedure. The 2015 edition has been updated to incorporate all recent legislative developments and case law, including amendments to the Criminal Procedure Rules 2013, the Crime and Courts Act 2013, and the Protection of Freedoms Act 2012. Also included are the revised PACE Codes C, E, F, and H. Also available in the series are: Volume 1: Crime 2015, Volume 3: Road Policing 2015, and Volume 4: General Police Duties 2015. Blackstone's Police Manuals are also available as part of our online Blackstone's Police Manuals and Q&As service: http://www.blackstonespolice.com