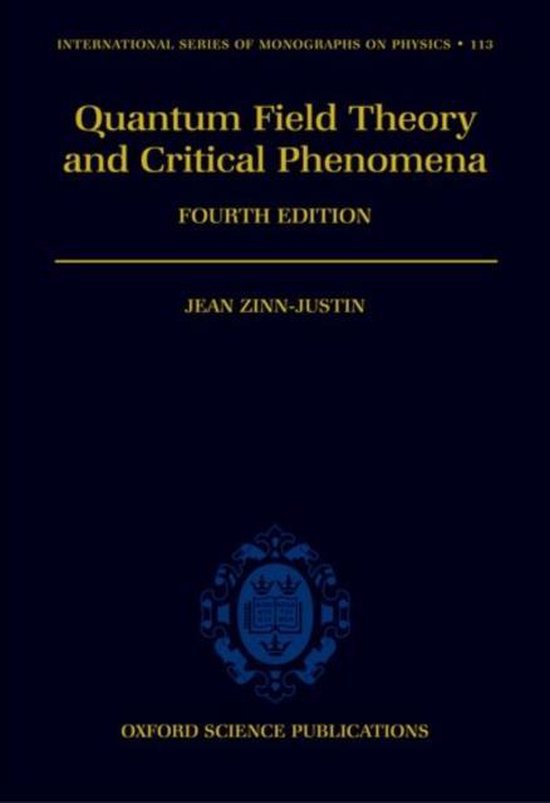 The book is an introduction to quantum field theory and renormalization group.It shows that these frameworks are essential for the understanding of phenomena belonging to many different areas of physics, which range from phase transitions in macroscopic systems to the theory of fundamental interactions. This advanced new edition is based on graduate courses and summer schools given by the author over a number of years. Although there are several good textbooks on QFT, this is the first to emphasize the common aspects of particle physics and the theory of critical phenomena in a unified framework. The book has been fully updated, with about 50% new material added. Three new chapters have been included: an introduction to non-relativistic quantum statistical physics; a chapter on critical phenomena in non-magnetic systems, polymers, liquid-vapour, and helium superfluid transitions; and a chaper on finite temperature relativistic quantum field theory. The book can be roughly divided into four parts: chapters 1-12 deal with general field theory, functional integrals, and functional methods. In chapters 13-21, renormalization properties of theories with symmetries are studied and specific applications to particle physics are emphasized. Chapters 23-37 are devoted to critical phenomena. Chapters 39-43 describe the role of instantons in quantum mechanics and field theory. Exercises that were originally included in previous editions will be supplied online at www-spht.ceafr/articles/T02/001.