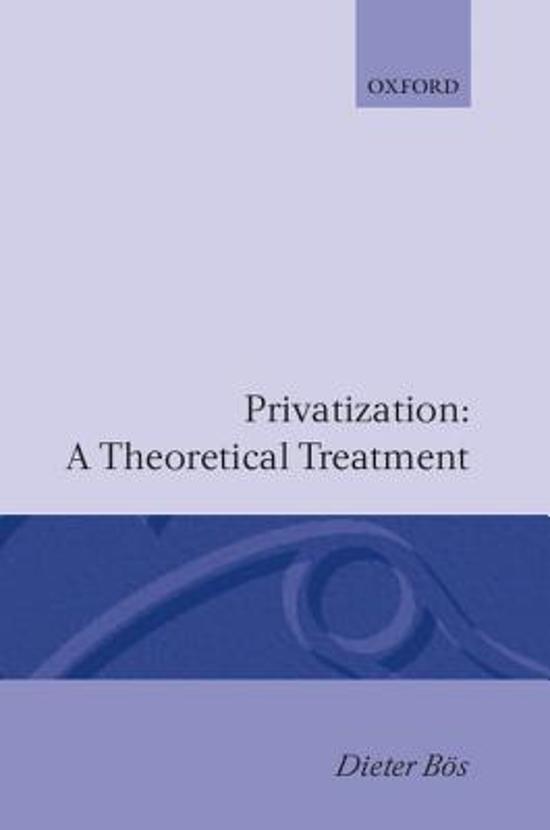 The trend towards privatization has been particularly strong in the 1980s and 1990s. In the UK, some of the most important public utilities such as telecommunications, gas, and electricity have been privatized. Following unification, Germany is having to privatize an entire economy. This book examines the form of privatization, a topic which has not previously been subjected to rigorous economic analysis, and provides a comprehensive and thorough survey of arguments both for and against it. Both positive and welfare-economic approaches to deal with the complex problems of the transition from public to private ownership are discussed. The author also examines the central issues of privatization such as why efficiency increases can be expected as a result of privatization, whether full privatization coupled with subsequent regulation is better than partial privatization with the government regulating from within the firm. He also looks at the role of trade unions in the privatization process.