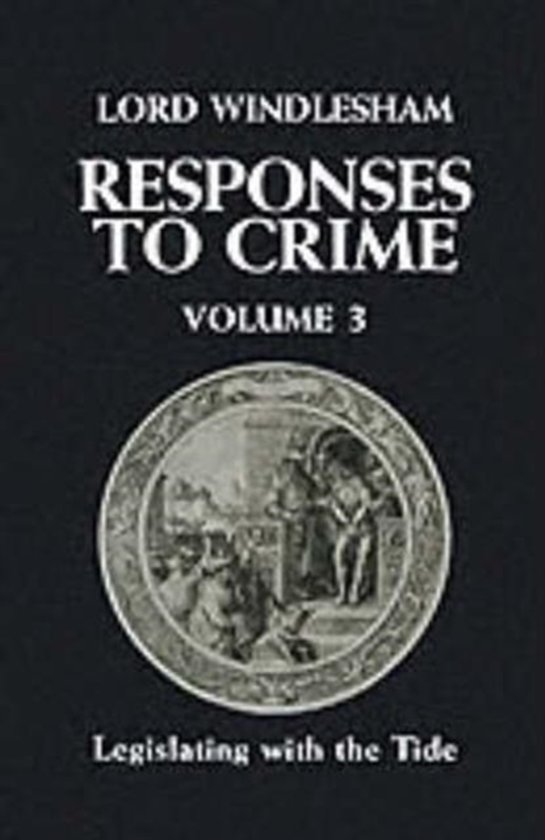 The impact of public opinion on criminal justice policy is the highly topical theme of Lord Windlesham's third volume of Responses to Crime. Like the first two volumes, Legislating with the Tide provides a readable and scholarly analysis of the development of contemporary penal policy. The political contents are examined; the role of the mass media weighed; and the translation of powerful tides of opinion into enforceable law compared in recent legislation aimed at combating crime in England and in the United States. The American example of the effects of populist-inspired sentencing reforms offers a timely warning to English policy-makers. The importance of the steps toward gun control promoted by President Clinton, one of the most high risk policies for any American elected politician, are shown in the recent tragedies of the mass shootings in Scotland and Tasmania. Also topical are the chapters on life sentences, appeals in cases of miscarriage of justice, and compensating victims of crime, each of which demonstrate the heightened significance of judicial review by the courts of ministerial decisions. For general readers with an interest in current policies towards crime and the punishment of offenders, as well as for all those directly involved in the processes of criminal justice, this book will be an indispensable guide. Lord Windlesham writes about criminal justice from his experience as a former minister at the Home Office and Northern Ireland Office, and as Chairman of the Parole Board for England and Wales for six years in the 1980s. He is Principal of Brasenose College, Oxford, and President of Victim Support. In 1995 he was awarded the degree of D.Litt by the University of Oxford for his studies in Criminal justice.