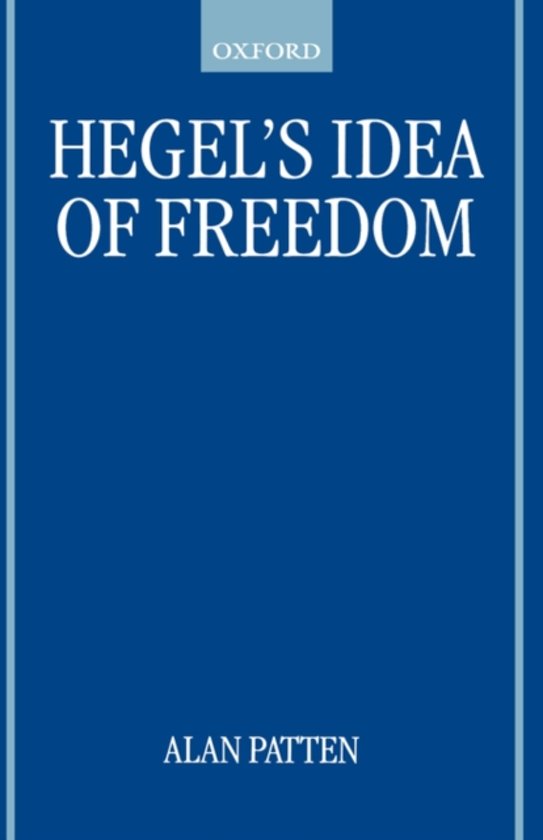 Alan Patten offers the first full-length treatment in English of Hegel's idea of freedom-his theory of what it is to be free and his account of the social and political contexts in which this freedom is developed, realized, and sustained. Freedom is the value that Hegel most greatly admired and the central organizing concept of his social philosophy. Patten's investigation illuminates and resolves a number of central questions concerning Hegel's ethics and political theory. Is Hegel's outlook unacceptably conservative? Can freedom be equated with rational self-determination? Is there any special connection between freedom and citizenship? By offering interpretations of Hegel's views on these and other questions, Patten develops an original 'civic humanist' reading of Hegel's social philosophy that restores to its proper, central place Hegel's idea of freedom. The book is written in a clear and jargon-free style and will be of interest to anyone concerned with Hegel's ethical, social, and political thought and the sources of contemporary ideas about freedom, community, and the state.