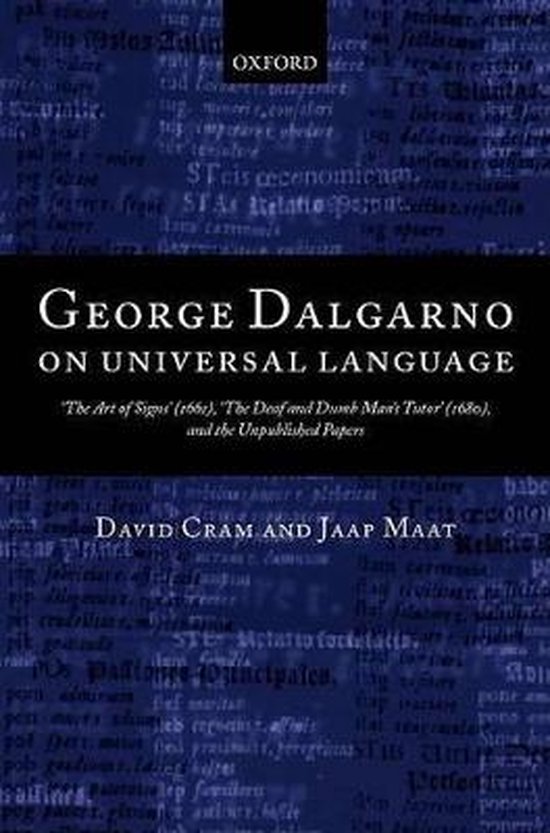 George Dalgarno's 'Art of Signs' ('Ars Signorum', 1661) was the first work in the seventeenth century to present a fully elaborated universal language constructed on philosophical principles. It contains a wealth of observations on human language and the nature of representation in general, and the author takes issue with leading philosophers of his day, notably Hobbes and Descartes, on epistemological and logical questions. By including the first complete English translation alongside the Latin, the present edition makes this seminal text accessible to a wider audience. The text is further elucidated by a previously unpublished autobiographical tract in which Dalgarno describes the development of his ideas, and his discussions with John Wilkins, who eventually was to produce a rival universal language scheme. In this tract Dalgarno provides, in unprecedented detail, a lucid account of the major issues involved in the debate on the structure of a philosophical language. Further tracts by Dalgarno reprinted here illustrate other facets of his thought. These include a series of broadsheets in which he advertised his scheme; 'The Deaf and Dumb Man's Tutor' (1680) which contains some original observations concerning the teaching of language to the deaf; and a treatise on 'Double Consonants' - one of the earliest treatments of phonotactics. In bringing together for the first time the full range of Dalgarno's linguistic work - which has strking resonance with modern work in universal grammar and cognitive science - the present volume gives ready access to the ideas of this original and stimulating thinker.