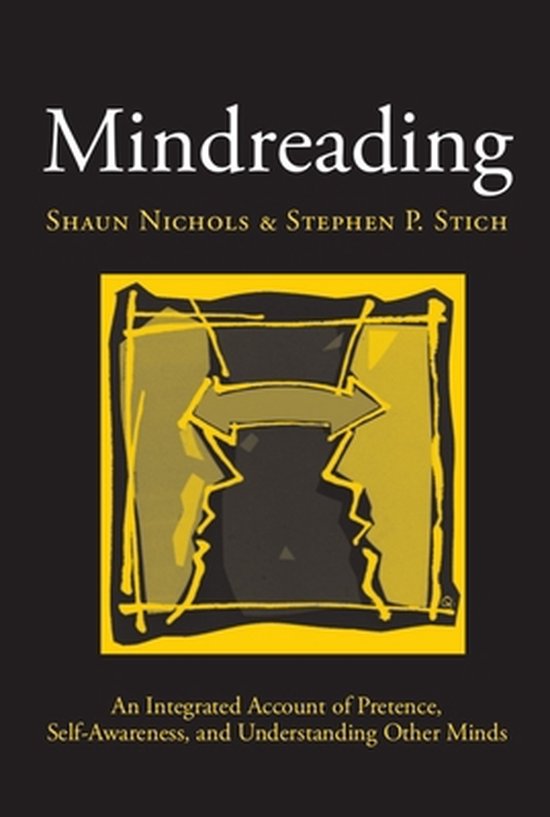 The everyday capacity to understand the mind, fancifully dubbed 'mindreading', plays an enormous role in our lives. In the latter half of the 20th century mindreading became the object of sustained scientific and theoretical research, capturing the attention of a wide range of disciplines, including philosophy, developmental psychology, behavioral ecology, anthropology, and cognitive psychopathology. What has been missing is a detailed and integrated account of the mental components that underlie this remarkable capacity. Nichols and Stich develop and defend a new account of the psychological mechanisms underlying mindreading. They maintain that it is, as common sense would suggest, vital to distinguish between reading others' minds and reading one's own. In reading other minds, the imagination plays a central role. As a result, the authors begin with an explicit and systematic account of pretence and imagination which proposes that pretence representations are contained in a separate mental workspace, the 'Possible World Box', which is part of the basic architecture of the human mind. The mechanisms underlying pretence get recruited when people attempt to understand others and predict their behaviour. In some cases, we use our own mental mechanisms to simulate the mental processes of another, as suggested by the 'simulation theory' of mindreading. However, mindreading also implicates very different kinds of mechanisms that rely on rich bodies of information, as suggested by information-based accounts of mindreading. In addition, the authors argue, reading other minds involves important processes that don't fit into either category. None of these mechanisms, though, explain how we read our own minds, which, according to the authors, requires invoking an entirely independent set of mechanisms. What we find, then, is an intricate web of mental components to explain our fascinating and multifarious knack of understanding minds. This account provides a valuable framework for future work on mindreading and has broad implications for philosophical debates that have surrounded the issue for the last quarter century.