King James VI and I and His English Parliaments 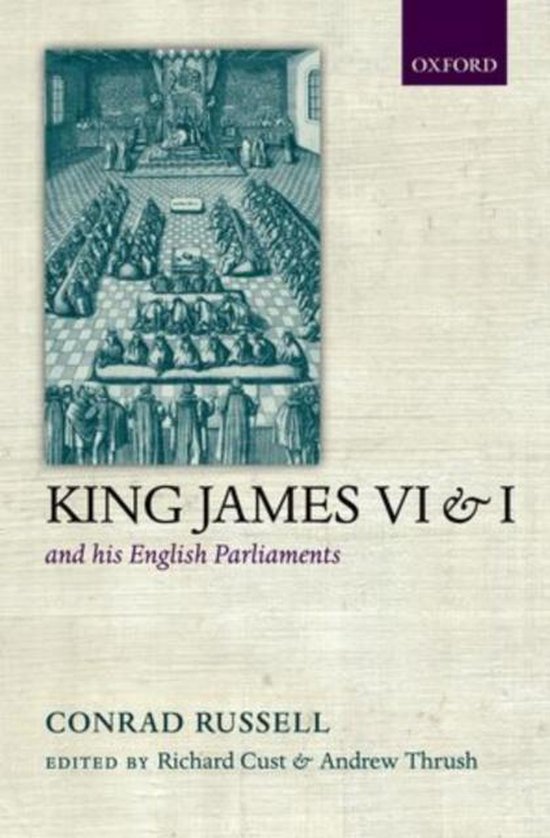 King James VI and I and his English Parliaments is a posthumously published work by Conrad Russell, the foremost historian of his generation working on early Stuart parliaments, and is based on the Trevelyan lectures which he delivered at the University of Cambridge. It provides a chronological narrative of the early English Parliaments of James VI and I, covering in detail the four sessions of the 1604-1610 Parliament and the Addled Parliament of 1614, with a final chapter looking towards the parliaments of the 1620s. The narrative demonstrates that two problems in particular dominated these sessions: the financial problems of the Crown, and the pursuit of a formal Union between England and Scotland. These were a continuous source of division and disagreement, and neither was satisfactorily resolved. It also highlights important subsidiary issues, notably the clashes between James and his judges over the status of the Common Law and the relatively muted tensions over religion. Detailed consideration is given throughout to the character and style of James' kingship. This book can be read alongside the same author's Parliaments and English Politics, 1621-1629 (Oxford, 1979) and The Fall of the British Monarchies, 1637-1642 (Oxford, 1992) to provide the first continuous narrative of parliamentary proceedings from the accession of James to the outbreak of Civil War since the massive work of S. R Gardiner. Drawing on the much wider range of sources available to modern historians, in particular the full range of parliamentary diaries, it offers the most up-to-date analysis we have of conflict between Crown and Parliament during a turbulent phase of British History.