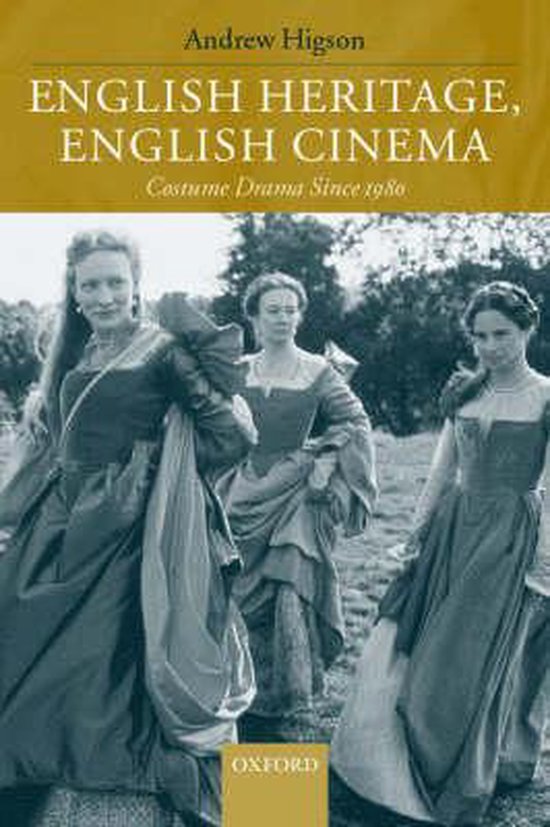 The costume drama was one of the important production trends in British cinema during the 1980s and 1990s. Films such as Chariots of Fire, A Room with a View, Howards End, Sense and Sensibility, Elizabeth, and Shakespeare in Love won numerous accolades, received extensive critical acclaim, and achieved considerable box-office success, both in the UK and overseas. Since the late 1980s, there has been much debate about these films, about their politics and their meanings, and about their relationship to the heritage industry. In English Heritage, English Cinema, Andrew Higson moves the debate on heritage cinema in important new directions. First, he demonstrates that there were many more 'British' costume dramas than have usually been taken into account in discussions of heritage cinema, and describes the typical subject matter, themes, and stylistic characteristics of these films. Secondly, he explores the major concerns of the critical debate about heritage cinema, arguing that the ambivalence of the films themselves and the richness of the reception process necessarily produces a range of often incompatible interpretations of the same films. Thirdly, he looks at the way in which the costume drama production trend was funded, marketed, and exhibited, noting in particular the development of crossover appeal, and the involvement of American capital and specialist distribution companies. Finally, he looks in detail at two key films, Howards End and Elizabeth, and at their production, distribution, exhibition, and critical reception. The book is based on extensive empirical research but is written in an accessible and jargon-free style. As well as dealing with a specific production trend, it also raises more general questions about genre, national cinema, the relations between commercial and cultural interests, and the processes of reception and interpretation.