The British Academy/The Pilgrim Edition of the Letters of Charles Dickens: Volume 9 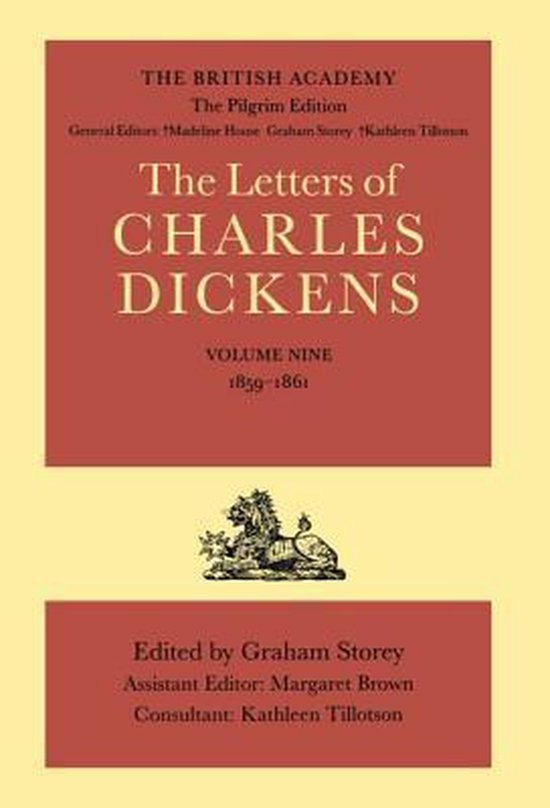 This ninth volume presents about 1,100 letters, many unpublished, from the years 1859 to 1861. It records Dickens's writing of two major novels, A Tale of Two Cities and Great Expectations, both published weekly in All the Year Round: the letters give an unusual insight into the inspiration for both. It also shows him planning planning and writing a substantial amount of the three Christmas numbers of this period, `A Haunted House', `A Message from the Sea', and `Tom Tiddler's Ground'. He expends great energy in establishing All the Year Round, to succeed Household Words, and during 1860 writes the first fourteen of his Uncommercial Traveller series. During these three years he gives two provincial tours of readings, in addition to readings in London. He spends a considerable part of his time at Gad's Hill, relying on his daughter Mamie and sister-in-law Georgina Hogarth to act as hostesses; the All the Year Round office becomes his London base. Ellen Ternan continues to act, though with diminishing success; in January 1859 Dickens almost certainly buys a long lease of 2 Houghton Place, Ampthill Square, for the Ternan family.