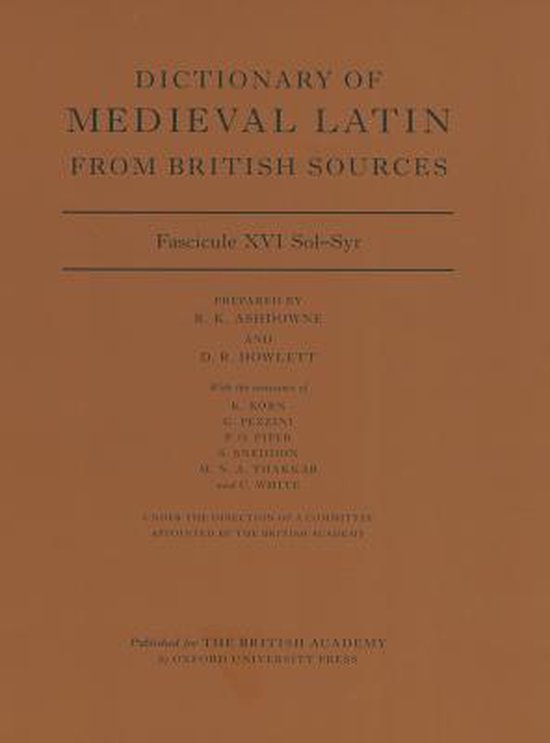 Scholars began to collect quotations on which to base a dictionary of Medieval Latin in 1924. Publication of the fascicules of the Dictionary of Medieval Latin from British Sources started in 1975 and is expected to continue until 2014. The dictionary records the continuing usage of classical and late Latin in the British Isles and by Britons abroad from Gildas (AD 540) to Camden (1600). It illustrates a continuous tradition of thought and composition in language based upon and derived from the highest literary register of Classical and Late Latin, but also incorporating lexical and syntactic elements from the vernacular languages spoken and written in Britain and from Greek, Celtic, Germanic, Romance, and Semitic. Many new formations from these and other languages are revealed - some of the borrowings recorded in Latin centuries before their appearance in written vernacular sources.