A History of the County of Stafford: Volume VII 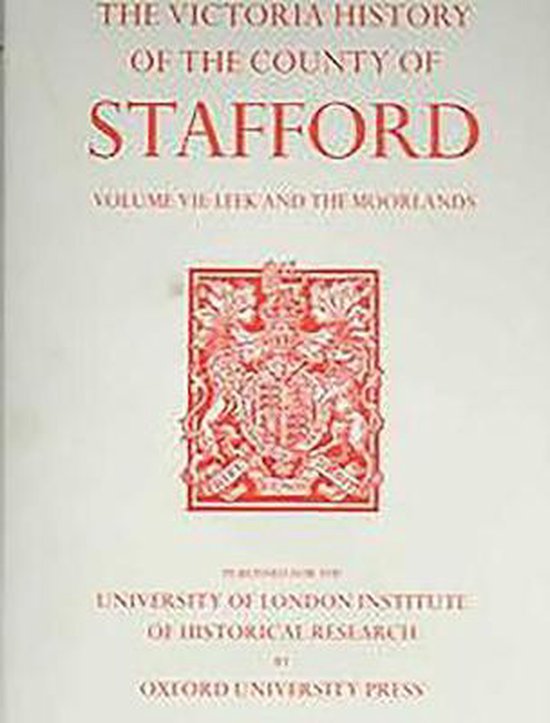 This volume tells the story of the town of Leek and the north-east corner of Staffordshire adjoining Cheshire and Derbyshire. Besides the large parish of Leek, it contains Alstonefield, another extensive parish, Horton, and Sheen.The dramatic scenery includes the Roaches, an outcrop of Millstone Grit above the Leek-Buxton road, Rudyard Lake, a canal reservoir developed as a tourist attraction in the mid 19th century, and the river Dove, with its memoriesof Charles Cotton of Beresford Hall and his friend Izaak Walton. Flash, north of the Roaches, is the highest village in England. The area contains numerous Bronze Age barrows and is crossed by a Roman road. In the Anglo-Saxonperiod churches were established at Alstonefield and Leek, and parts of early crosses survive at both places. There are also indications of Scandinavian settlement. For a century and a half after the Norman Conquest the earls ofChester were dominant, and the Audley family succeeded to much of their power. Another important landowner was the Cistercian abbey of Dieulacres near Leek, founded by Earl Ranulph in 1214. From the later 16th century the main landowners in the Alstonefield area were the Harpur (later Harpur-Crewe) family, while in the 18th century the earls of Macclesfield became influential in the Leek area. Leek, Queen of the Moorlands , was established as a borough by Earl Ranulph early in the 13th century, and it has remained a market and administrative centre. Silk working was in progress there by the 1670s but remained a domestic industry until the 19th century when it became concentrated in factories. The urban landscape still owes much of its appearance to William Sugden and his son Larner, whose architectural practice flourished during the later 19th century. Leek's textile industry remains important, although silk production ceased in 1994. The largest employer in the early 1990s was the Britannia Building Society, which developed from the Leek and Moor-lands Permanent Benefit Building Society of 1856 to become one of the leading building societies in the country.