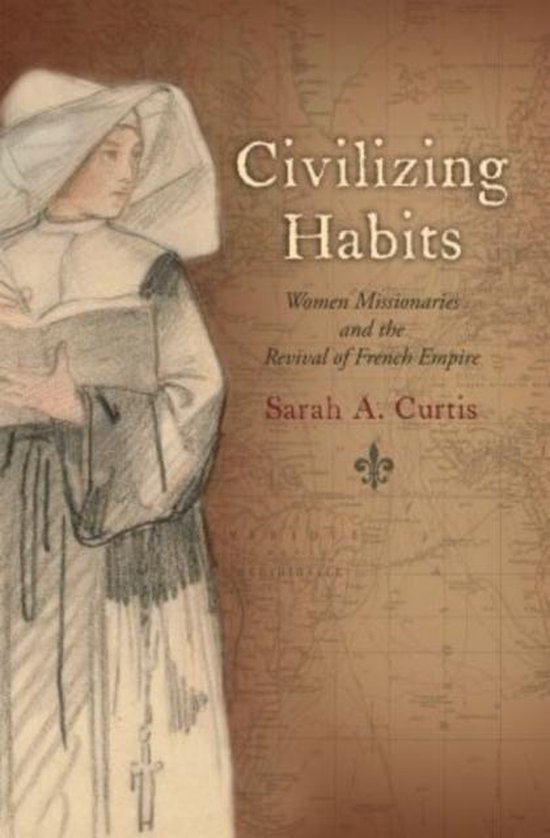 Civilizing Habits explores the life stories of three French women missionaries - Philippine Duchesne, Emilie de Vialar, and Anne-Marie Javouhey - who transgressed boundaries, both real and imagined, to evangelize far from France's shores. In so doing, this book argues that they helped France reestablish a global empire after the dislocation of the Revolution and the fall of Napoleon. They also pioneered a new missionary era in which the educational, charity, and health care services provided by women became valuable tools for spreading Catholic influence across the globe. Philippine Duchesne, who began her religious life in a cloistered convent before the Revolution, traveled to former French territory in Missouri in 1818 to proselytize among Native American tribes. Thwarted by the American policy of removing tribes even further west, her main legacy became girls' education on the frontier. Emilie de Vialar followed French troops to Algeria after conquest in 1830 and opened missions throughout the Mediterranean basin. Prevented from direct conversion, she developed strategies and subterfuges for working among Muslim populations. Anne-Marie Javouhey made her life's work the evangelization of Africans in the French slave colonies, including a utopian settlement in the wilds of French Guiana. She became a rare Catholic proponent of the abolition of slavery and a woman designated a great man by the French king. Freed from physical enclosure, these women were protected from worldly corruption only by their religious habits and their behavior. Paradoxically, however, through embracing religious institutions designed to shield their femininity, these women gained increased authority to travel outside of France, challenge church power, and evangelize among non-Christians, all roles more commonly ascribed to male missionaries. Their stories teach us about the life paths open to religious women in the nineteenth century and how both church and state benefitted from their initiative and energy to expand boundaries of faith and nation.