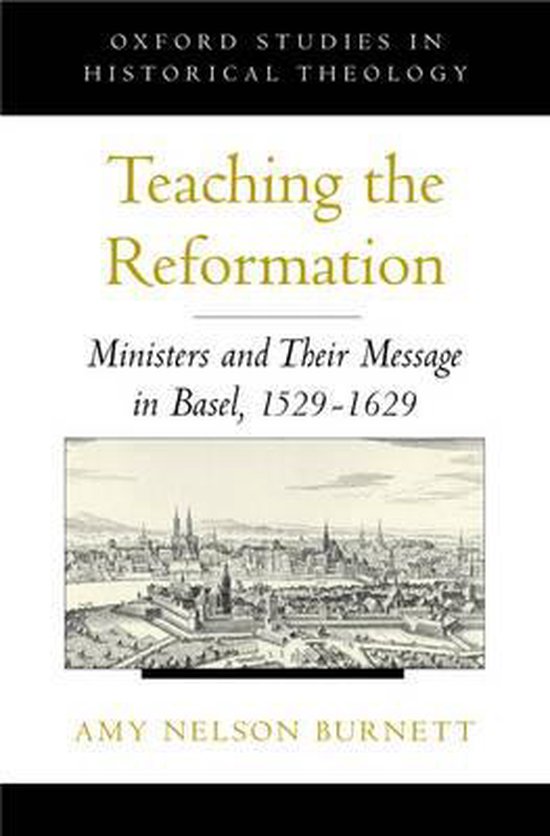 Though the Reformation was sparked by the actions of Martn Luther, it was not a decisive break from the Church in Rome but rather a gradual process of religious and social change. As the men responsible for religious instruction and moral oversight at the village level, parish pastors played a key role in the implementation of the Reformation and the gradual development of a Protestant religious culture, but their ministry has seldom been examined in the light of how they were prepared for the pastorate. Teaching the Reformation examines the four generations of Reformed pastors who served the church of Basel in the century after the Reformation, focusing on the evolution of pastoral training and Reformed theology, the theory and practice of preaching, and the performance of pastoral care in both urban and rural parishes. It looks at how these pastors were educated and what they learned, examining not only the study of theology but also the general education in languages, rhetoric and dialectic that future pastors received at the citys Latin school and in the arts faculty of the university. It points to significant changes over time in the content of that education, which in turn separated Basels pastors into distinct generations. The study also looks more specifically at preaching in Basel, demonstrating how the evolution of dialectic and rhetoric instruction, and particularly the spread of Ramism, led to changes in both exegetical method and homiletics. These developments, combined with the gradual elaboration of Reformed theology, resulted in a distinctive style of Reformed Orthodox preaching in Basel. The development of pastoral education also had a direct impact on how Basels clergy carried out their other dutiescatechization, administering the sacraments, counseling the dying and consoling the bereaved, and overseeing the moral conduct of their parishioners. The growing professionalization of the clergy, the result of more intensive education and more stringent supervision, contributed to the gradual implantation of a Reformed religious culture in Basel.