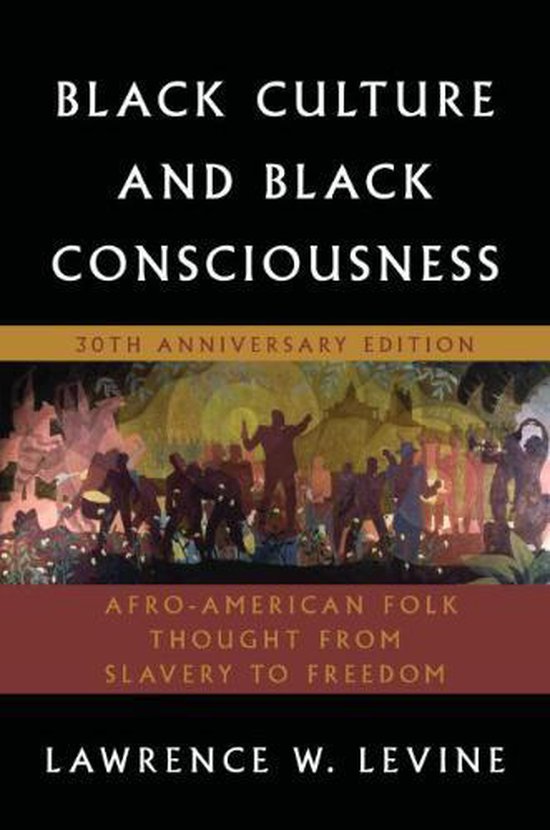 When Black Culture and Black Consciousness first appeared thirty years ago, it marked a revolution in our understanding of African American history. Contrary to prevailing ideas at the time, which held that African culture disappeared quickly under slavery and that black Americans had little group pride, history, or cohesiveness, Levine uncovered a cultural treasure trove, illuminating a rich and complex African American oral tradition, including songs, proverbs, jokes, folktales, and long narrative poems called toasts-work that dated from before and after emancipation. The fact that these ideas and sources seem so commonplace now is in large part due this book and the scholarship that followed in its wake. A landmark work that was part of the cultural turn in American history, Black Culture and Black Consciousness profoundly influenced an entire generation of historians and continues to be read and taught. For this anniversary reissue, Levine wrote a new preface reflecting on the writing of the book and its place within intellectual trends in African American and American cultural history. Must be read by all who would understand the Afro-American experience and American culture in general. -Eugene D. Genovese Through an exhaustive investigation of black songs, folk tales, proverbs, aphorisms, verbal games and the long narrative oral poems known as 'toasts,' Levine argues that the value system of Afro-Americans can only be understood through an analysis of black culture.... His work ranks among the best books written on the Afro-American experience in recent years. -Al-Tony Gilmore, The Washington Post