From Morality to Mental Health 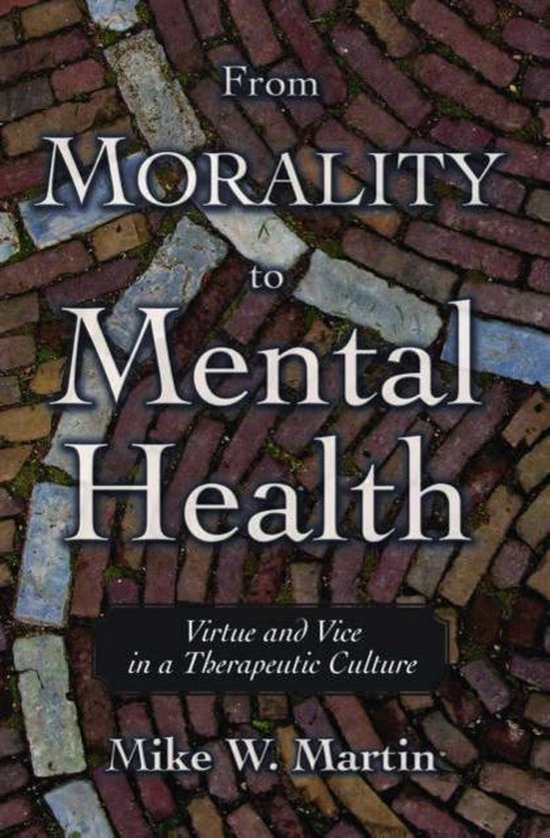 Morality and mental health are now inseparably linked in our view of character. Alcoholics are sick, yet they are punished for drunk driving. Drug addicts are criminals, but their punishment can be court ordered therapy. The line between character flaws and personality disorders has become fuzzy, with even the seven deadly sins seen as mental disorders. In addition to pathologizing wrong-doing, we also psychologize virtue; self-respect becomes self-esteem, integrity becomes psychological integration, and responsibility becomes maturity. Moral advice is now sought primarily from psychologists and therapists rather than philosophers or theologians. In this wide-ranging, accessible book, Mike W. Martin asks: are we replacing morality with therapy, in potentially confused and dangerous ways, or are we creatively integrating morality and mental health? According to him, it's a little bit of both. He surveys the ways in which morality and mental health are related, touching on practical concerns like love and work, self-respect and self-fulfillment, guilt and depression, crime and violence, and addictions. Terming this integrative development the therapeutic trend in ethics, Martin uses examples from popular culture, various moral controversies, and draws on a line of thought that includes Plato, the Stoics, Freud, Nietzsche, and contemporary psychotherapeutic theories. Martin develops some interesting conclusions, among them that sound morality is indeed healthy, and that moral values are inevitably embedded in our conceptions of mental health. In the end, he shows how both morality and mental health are inextricably intertwined in our pursuit of a meaningful life. This book will be of interest to philosophers, psychologists, psychiatrists, and sociologists, as well as the general reader.