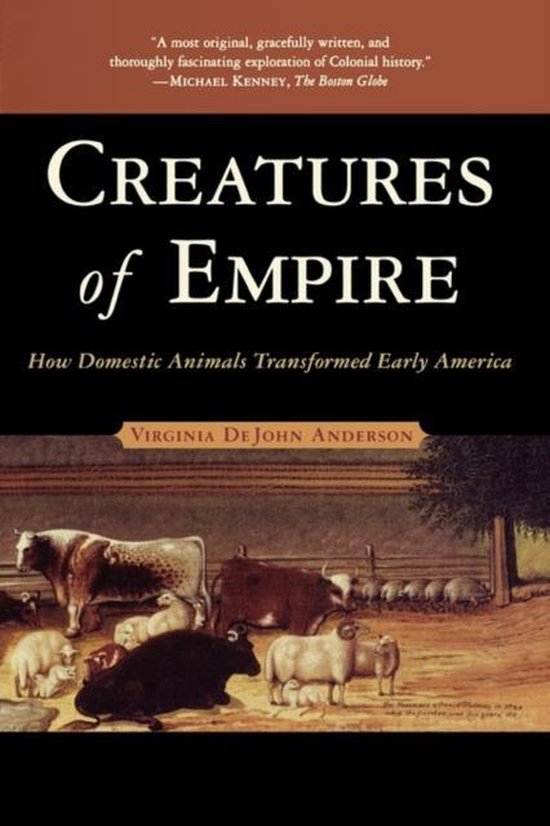 When we think of the key figures of early American history, we think of explorers, or pilgrims, or Native Americans-not cattle, or goats, or swine. But as Virginia DeJohn Anderson reveals in this brilliantly original account of colonists in New England and the Chesapeake region, livestock played a vitally important role in the settling of the New World. Livestock, Anderson writes, were a central factor in the cultural clash between colonists and Indians as well as a driving force in the expansion west. By bringing livestock across the Atlantic, colonists believed that they provided the means to realize America's potential. It was thought that if the Native Americans learned to keep livestock as well, they would be that much closer to assimilating the colonist's culture, especially their Christian faith. But colonists failed to anticipate the problems that would arise as Indians began encountering free-ranging livestock at almost every turn, often trespassing in their cornfields. Moreover, when growing populations and an expansive style of husbandry required far more space than they had expected, colonists could see no alternative but to appropriate Indian land. This created tensions that reached the boiling point with King Philip's War and Bacon's Rebellion. And it established a pattern that would repeat time and again over the next two centuries. A stunning account that presents our history in a truly new light, Creatures of Empire restores a vital element of our past, illuminating one of the great forces of colonization and the expansion westward.